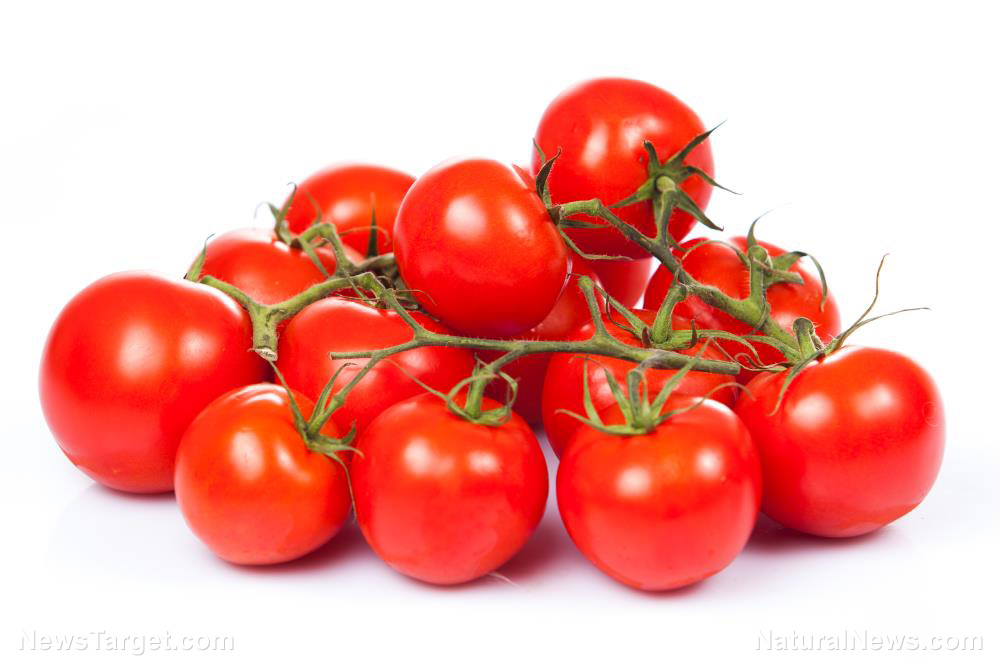 Now Big Ag is trying to own the REST of your food: Syngenta claims they invented non-GMO tomatoes.

Have you ever thought about where tomatoes come from? A quick internet search might tell you that they’ve been around since the time of the Aztecs, who ate them in ancient Mesoamerica as far back as 700 A.D. But that’s not what Swiss agrochemical giant company Syngenta would like people to believe. In fact, they’ve taken the bold and baffling step of trying to get a patent on the common tomato.

As hard as it may be to believe, the company’s EP1515600 patent, which they submitted to the European Patent Office, claimed that tomatoes, along with their plants and seeds, were somehow created by them – never mind the fact that they’ve been grown in Europe since the 1500s.

You might think that their biotechnology interests would mean the patent was for GMO tomatoes, but that simply isn’t the case. The patent really had the audacity to claim that non-GMO tomatoes that come from normal plant breeding were their own creation. They said the tomatoes came from crossing tomato plants from Chile and Peru and that they contained higher amounts of vitamins than other tomatoes.

Of course, once the public got wind of this, they were called out on their ridiculous attempt. More than 30 international organizations took a firm stance against Syngenta monopolizing the common tomato. The company ultimately withdrew the patent, which was then revoked by the European Patent Office.

Although their efforts were unsuccessful on this occasion, the whole mess does shed light on a very unsavory practice. The truth is that patents on non-GMO foods like lettuce, pepper, and broccoli have inexplicably been granted to Big Ag firms in the past. The European Patent Office has even made it easier for these patents to be filed despite decisions by its member states to prohibit them. When an international appeal was published asking the body’s president to stop such patent decisions, the EPO responded that such patents were certainly not expressly permitted. However, they can no longer be rejected outright.

This case also illustrates how effective activism can be. With groups like No Patents on Seeds! drawing attention to the issue, the public outcry eventually caused Syngenta execs to back down. All told, 65,000 people from 59 countries took part in a campaign opposing the patent, and one can only hope that similar efforts can be effectively put to rest if people band together in opposition.

Joanna Eckhardt of No Patents on Seeds! said: “This is a huge success. European citizens no longer want to let the big corporations like Bayer, BASF and Syngenta take control of our food production through patent rights. Now European politicians have to make sure no more such patents are granted in Europe.”

It’s scary to think that these firms are trying so hard to own and control our entire food supply, even the food that isn’t genetically modified. It has never been more important to buy organic, non-GMO foods, and consider growing your own produce if possible.