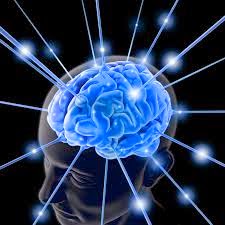 These new mind control techniques are being introduced in gadgets that create a brain-computer interface, magnetic manipulation via “neural dust,” high-powered lasers, and even the direct uploading of the contents of our brain. One must then consider the subsequent hacking of our minds as our brains enter the digital realm.

Until this point, much of the research has been focused on different forms of physical implants – no matter how small – to target the memory centers of the brain. Researchers at MIT (funded by DARPA) are now unveiling a next-generation remote control system which uses light from outside the skull to affect the protein responsible for neuron activity in the brain. Their news release and video, posted in full below, are titled matter-of-factly: “Non-Invasive Brain Control.” Just in case this alone doesn’t sound ominous enough, researchers have labeled the control mechanism “Jaws.”

This MIT video offers a metaphor likening the macrocosm of brain function to a city. Similar to a modern city under technocratic surveillance, city managers are not content with seeing only larger patterns; they’d like to drill down even further to understand all of the individual components to “see the information that is being transported.” Optogenetics is the term for “the ability to manipulate individual neuronal circuits…”