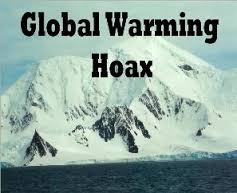 Media headlines, like those in the Washington Post, are all abuzz with reports of 2016 being the hottest year on record.

Why do warming propagandists talk about “hottest years?”

For the same reason they talk about ice; to distract us from the fact their computer models are wrong.

Global warming policy is completely predicated on models that project a much warmer planet than real-world observations record.  The globe has simply failed to warm as they expected.

Absent confirmation of their prognostications, the warming campaign needs another narrative.  Their go-to tactic is to hype natural events as warming.  They also “adjust” data to help them spin their tale.

Facts, however, are stubborn things:

“‘To imply that a rise of temperature of a tenth of a degree is proof that the world is coming to an end — has to take one back to the dark ages.’ He added, ‘As long as you can get people excited as to whether it’s a tenth of a degree warmer or cooler, then you don’t have to think, you can assume everyone who is listening to you is an idiot.’”

“Lindzen continued, ‘The whole point is so crazy because the temperature is always going up or down a little. What is astonishing is that in the last 20 years it hasn’t done much of anything… What they don’t mention is there has been a big El Niño in 2016 and in recent months the temperature has been dropping back into a zero-trend level.’”

If actual temperature measurements confirmed the climate computer models, well, that might be a real story.

Hyping meaningless “adjusted” temperatures to hundredths of a degree during an El Niño event is not.