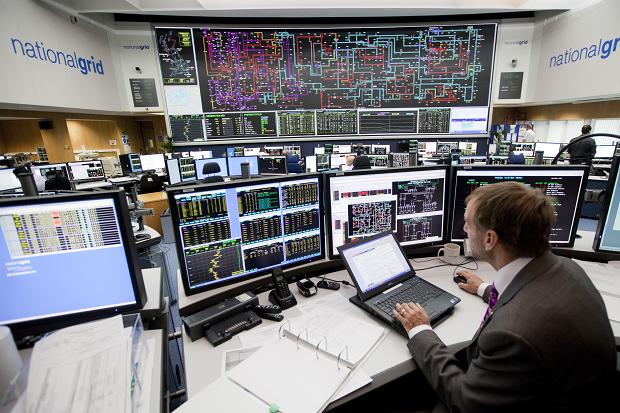 Over the past several years a conspiracy of silence has surrounded the implementation of the Smart Grid across the United States and the world, perhaps with good reason. If the public was aware of what lay behind this agenda there would likely be considerable outcry and resistance.

“Smart meters”–the principal nodes of the Smart Grid network–are being installed on homes and businesses by power utilities across the United States under the legal and fiscal direction of the United States government. In December 2007 both houses of the US Congress passed and President George W. Bush signed into law the Energy Independence and Security Act (EISA).

This 310-page piece of legislation employs the dubious science of anthropogenic CO2-based climate change science to mandate an array of policies, such as fuel efficiency standards for vehicles and “green” energy initiatives. Tucked away in the final pages of this law is the description and de facto mandate for national implementation of the Smart Grid that the Bush administration promised would result in “some of the largest CO2 emission cuts in our nation’s history.”[1]

The bill unambiguously lays out the design and intent behind the Smart Grid, including surveillance, tiered energy pricing, and energy rationing for all US households and businesses through round-the-clock monitoring of RFID-chipped “Energy Star” appliances.[2] Congress and “other stakeholders” (presumably for-profit utilities and an array of Smart Grid technology patent holders[3] whose lobbyists co-wrote the legislation) describe the Smart Grid’s characteristics and goals via ten provisions.

(1) Increased use of digital information and controls technology to improve reliability, security, and efficiency of the electric grid.
(2) Dynamic optimization of grid operations and resources with full cyber-security.
(3) Deployment[4] and integration of distributed resources and generation, including renewable resources.
(4) Development and incorporation of demand response, demand-side resources, and energy efficiency resources.
(5) Deployment of “smart” technologies (real-time, automated, interactive technologies that optimize the physical operation of appliances and consumer devices) for metering, communications concerning grid operations and status, and distribution automation.
(6) Integration of “smart” appliances and consumer devices.
(7) Deployment and integration of advanced electricity storage and peak-shaving technologies, including plug-in electric and hybrid electric vehicles, and thermal-storage air conditioning.
(8) Provision to consumers of timely information and control operations.
(9) Development of standards for communication and interoperability of appliances and equipment connected to the electric grid, including the infrastructure serving the grid.
(10) Identification and lowering of unreasonable or unnecessary barriers to adoption of smart grid technologies, practices, and services [emphases added].[5]

Less than two years after EISA’s enactment President Barack Obama directed $3.4 billion of the American Reinvestment and Recovery Act to Smart Grid development. Matching funds from the energy industry brought the total initial Smart Grid investment to $8 billion.[6] The overall completion of the Smart Grid will cost another $330 billion.[7] Today a majority of energy delivery throughout the US is routed to homes equipped with smart meters that monitor power consumption on a minute-to-minute basis.

As noted, the American public remains largely unaware of the numerous designs and monied interests behind the Smart Grid–not to mention how smart meters themselves pose substantial dangers to human health and privacy. This is because the plan for tiered energy pricing via wireless monitoring of household appliances has been almost entirely excluded from news media coverage since the EISA became law on December 19, 2007.

A LexisNexis search of US print news outlets for “Energy Independence and Security Act” and “Smart Grid” between the dates December 1, 2007 to January 31, 2008 yields virtually no results.

Even this scant reportage scarcely begins to examine the implications of the EISA’s Smart Grid plan. The New York Times chose to confine its coverage to a 364-word article, “The 8th Annual Year in Ideas; Smart Grids.” “It’s a response to what economists would call a tragedy of the commons,” the Times explains.

[P]eople use as much energy as they are willing to pay for, without giving any thought to how their use affects the overall amount of energy available … Enter Xcel’s $100 million initiative, called SmartGridCity, a set of technologies that give both energy providers and their customers more control over power consumption … Consumers, through a Web-enabled control panel in their homes, are able to regulate their energy consumption more closely — for example, setting their A.C. system to automatically reduce power use during peak hours.[9]

News in far more modest papers likewise resembles the promotional materials distributed by the utilities themselves. “There will soon be a time when homeowners can save electricity by having appliances automatically adjust power for peak-demand times and other periods of inactivity by a signal sent through the electrical outlet,” an article in Sunbury Pennsylvania’s Daily Item reads. “‘Right now, it’s at the infant stage,’” a power company executive observes. “‘We didn’t worry about this until two years ago. Nobody cared when electricity was five cents per kilowatt hour. People just bit the bullet and paid the bill.’”

Along these lines, the Department of Energy’s Assistant Secretary for the Office of Electricity Delivery and Energy Reliability Patricia Hoffman, is charged under the EISA with federal oversight of nationwide Smart Grid implementation. In other words, Hoffman is America’s “Smart Grid Czar.” Yet despite heading up such a dubious program since 2010, she has almost entirely escaped journalistic scrutiny, having been referenced or quoted in only four US daily papers (Washington Post, 2/8/12, St. Paul Pioneer Press, 4/26/12, Palm Beach Post, 5/12/13, Pittsburgh Tribune Review 11/13/13) since her tenure began.

In an era where news media wax rhapsodic over new technologies and fall over each other to report consumer-oriented “news you can use,” the Smart Grid’s pending debut should be a major story. It’s not. Indeed, almost the entire US population remains in the dark about this major technological development that will profoundly impact their lives.

When one more closely examines the implications and realities of the federally-approved Smart Grid scheme—from the adverse health effects of electromagnetic radiation to surveillance and energy rationing—there should be little wonder why this degree of silence surrounds its implementation. Such a technocratic system would never be freely accepted if subject to an open exchange and referendum.