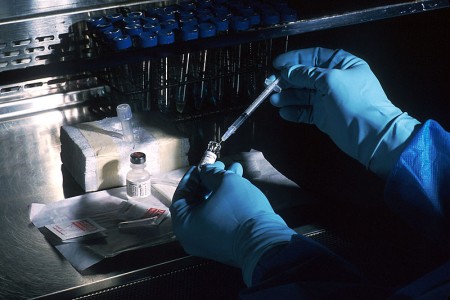 When very evil people tell you that they intend to do something, you should take them very seriously. And without a doubt, the UN is evil.  To use vaccines to secretly sterilize women against their will is almost too wicked to describe with words.

In some areas of the world, purposely cutting off someone’s family line is considered to be one of the most wicked things that you can possibly do.  But that appears to be precisely what the United Nations is doing.  Two UN organizations, the WHO and UNICEF, have just been caught red-handed administering “tetanus vaccines” laced with sterilizing agents to girls and women in Kenya.  And as you will see below, this is not the first time that this has happened.  Apparently there is a well-coordinated international program to use vaccines to secretly sterilize women in poor countries all over the planet.  The United States needs to immediately demand a full investigation of the UN vaccine program, but I wouldn’t count on that ever happening under the Obama administration.

There have always been anecdotal stories of women all over the globe being unable to have children after receiving UN vaccines.  But now we have scientific proof.  Lab tests that were recently conducted found an antigen that causes miscarriages in the vaccines that were being given to girls and women in Kenya.  A story that was posted on Life Site News about this caused shockwaves all over the Internet.  The following is an excerpt from that report…

Kenya’s Catholic bishops are charging two United Nations organizations with sterilizing millions of girls and women under cover of an anti-tetanus inoculation program sponsored by the Kenyan government.

According to a statement released Tuesday by the Kenya Catholic Doctors Association, the organization has found an antigen that causes miscarriages in a vaccine being administered to 2.3 million girls and women by the World Health Organization and UNICEF. Priests throughout Kenya reportedly are advising their congregations to refuse the vaccine.

“We sent six samples from around Kenya to laboratories in South Africa. They tested positive for the HCG antigen,” Dr. Muhame Ngare of the Mercy Medical Centre in Nairobi told LifeSiteNews. “They were all laced with HCG.”

So exactly what is HCG?

The following is how Natural News described what it does…

HCG is a chemical developed by the World Health Organization for sterilization purposes. When injected into the body of a young woman, it causes a pregnancy to be destroyed by the body’s own antibody response to the HCG, resulting in a spontaneous abortion. Its effectiveness lasts for years, causing abortions in women up to three years after the injections.

This is an absolutely horrifying scandal, but the mainstream media is totally ignoring it. Perhaps that is because they agree with what the United Nations is trying to do.