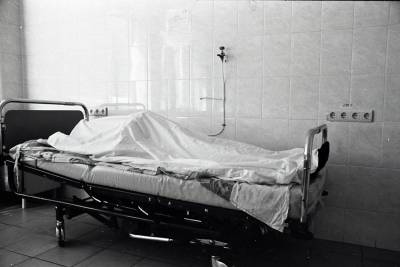 Hospitals are typically thought of as places where lives are saved, but statistics show they’re actually one of the most dangerous places you could possibly frequent.

Each day, more than 40,000 harmful and/or lethal medical errors occur, placing the patient in a worse situation than what they came in with.

According to a 2013 study, preventable medical errors kill around 440,000 patients each year—that’s more than 10 times the number of deaths caused by motor vehicle crashes! Hospitals have become particularly notorious for spreading lethal infections.

According to 2014 statistics by the U.S. Centers for Disease Control and Prevention (CDC), 1 in 25 patients end up with a hospital-acquired infection. In 2011 alone, 75,000 people died as a result.

Over the years, hospitals have been warned they need to improve infectious control, but according to two new reports, the U.S. healthcare system has largely failed to make a dent in the problem.

On the whole, only 6 percent of U.S. hospitals receive top scores for preventing common drug-resistant infections.

As reported by NBC News:

“…America’s hospitals are still teeming with infectious bacteria, including drug-resistant superbugs…One-third of hospitals rated by Consumer Reports got low scores on how well they prevent one of the worst infections, Clostridium difficile.

Many are flagship teaching hospitals, like those at Johns Hopkins University or Harvard Medical School, and… the prestigious Cleveland Clinic. The Centers for Disease Control and Prevention laid the responsibility squarely on doctors, nurses and hospital administrators.

“Doctors are the key to stamping out superbugs. Antibiotic resistance threatens to return us to a time when a simple infection could kill,” CDC Director Dr. Tom Frieden told reporters…

“These infections are not mysterious,” he said. “They’re caused by unwashed hands, rooms that are not cleaned thoroughly, overuse and misuse of antibiotics, a lack of careful hygiene in inserting catheters and other tubes, and slow detection of outbreaks…

There are clear simple steps. The hard part is to do them each and every time.”