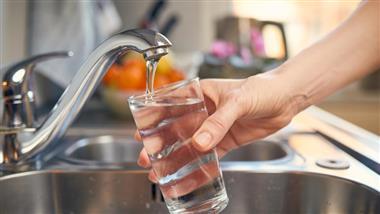 Research linking water fluoridation to lower IQ, ADHD and thyroid problems continues to grow, and a Fluoride Action Network campaign is building momentum to warn moms-to-be of the dangers of fluoride exposure during pregnancy.

Ending the addition of hazardous fluoridation chemicals — primarily hydrofluorosilicic acid — to the public’s drinking water will be one of the greatest public health achievements of the 21st century.

With each passing month, the case against artificial fluoridation builds as new research showing harm is published, legal action advances, overfeeds and spills are exposed and local fluoride-free campaigns spread throughout the world.

A number of significant studies — two of which were funded by the U.S. government (the National Institutes of Health, or NIH) — have been published in the last eight months linking fluoride exposure to lowered IQ, attention deficit hyperactivity disorder (ADHD) and thyroid problems, and showing that pregnant women and infants in “optimally” fluoridated communities are exposed to significantly more fluoride than those in non-fluoridated communities.

In February 2019, a string of news stories — triggered by a U.S. Centers for Disease Control and Prevention (CDC) report admitting that at least 40% of children are overexposed to fluoride — focused on kids swallowing too much toothpaste and neglected the significant exposure from fluoridated tap water.

Regardless, the defenders of water fluoridation are missing the real story. Dental fluorosis is a biomarker of overexposure to fluoride and the “elephant in the room” is what damage fluoride is doing to other tissues.

Recent scientific research indicates that exposure to fluoridated water may lower thyroid function, particularly in those with an iodine deficiency. A new study also found that significantly more infants, particularly those under 6 months of age, will exceed the upper limit set by the Institute of Medicine for fluoride when consuming formula reconstituted with the “optimal” 0.7 parts per million (ppm), greatly increasing their risk of side effects.

There are now over 350 published studies on fluoride’s effect on the brain: 130 human studies, over 200 animal studies and 33 cell studies. This includes a major U.S.-government funded mother-offspring study conducted in Mexico City. This rigorous study — which controlled for many possible confounders — found a very strong association between fluoride levels in mothers’ urine and lowered IQ for their offspring.

The fluoride levels in this study also correspond to levels in pregnant women living in “optimally” fluoridated areas in Canada according to an October 2018 paper.

The same research team at University of Toronto’s Dalla Lana School of Public Health has since released additional findings that confirm and strengthen their 2017 fetus/IQ study. Very young children, aged 1 to 3 years, also show loss of IQ. In other words, their study now covers the ages of the offspring from 1 to 12 years.

For the ages of 1 to 3 years, for every 1 mg/L increase in the urine fluoride level of their pregnant mothers, the children averaged 2.4-point lower IQ scores. The finding was statistically significant and accounted for potential confounding factors.

They concluded, “Our findings add to our team’s recently published report on prenatal fluoride and cognition at ages 4 and 6–12 years by suggesting that higher in utero exposure to F has an adverse impact on offspring cognitive development that can be detected earlier, in the first three years of life.”

This was followed up by another published paper that linked higher levels of urinary fluoride during pregnancy with more symptoms of ADHD — the second study to do so.