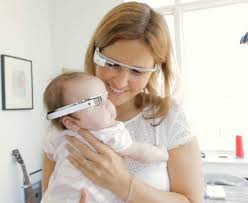 The Google Glass emits more wireless radiation than most cell phones on the market, but unlike cell phone users, Glass users may be wearing this device on their heads for more than 12 hours a day putting their health at risk.

The Google Glass emits both Wi-Fi and Bluetooth radiation. Although the Glass official web site, http://www.google.com/glass/start/, contains information warning consumers about the device’s potential interference with radio or television reception, the site provides no safety information to consumers.

As a body-worn, microwave-emitting device, Google is required by Federal law to test the Specific Absorption Rate or SAR of the Glass. This is a measure of the maximum microwave radiation absorbed by the user in 6 minutes averaged over one gram of tissue. Although Google did not post the SAR information on its web site, the Glass test reports can be found on the FCC’s web site.

The official test report indicates that the SAR for the Glass is much higher than the SARs for the iPhone 5, the Samsung Galaxy S5, or most cell phones on the market.

In the U.S. no personal wireless device can have a SAR that exceeds 1.6 W/kg. The SAR standard, however, was developed several decades ago in the U.S. primarily by physicists and engineers to protect users from the acute effects of the heat generated by microwave radiation. The standards do not protect users from the non-thermal effects of cell phone radiation which have been associated with increased brain cancer risk among long-term cell phone users and other health problems in the short term including electrosensitivity, sperm damage and infertility, and reproductive health risks in children.

Although many health researchers, including myself, have questioned the utility of assessing only a device’s SAR, currently that is all governments measure and regulate. Governments want consumers to believe that all legally marketed wireless devices are safe, and that the SAR level does not matter as long as it meets the legal standard. Yet no study has proved that exposure to low-intensity microwave radiation is safe, and thousands of peer-reviewed, published studies have found biologic effects from such exposures. The research suggests that governments need to adopt more stringent, biologically-based, standards to protect consumers’ health.

Medical and public health professionals should call on Google to end this experiment on Glass users or at least fully inform consumers of the potential long-term health risks from wearing this device.