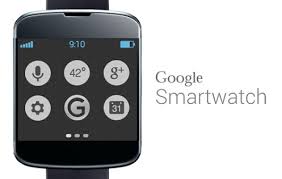 The multinational technology company has filed a patent for a “needle-free blood draw” system that would be built into smartwatches, or even handheld devices like smartphones.

The system works like this, according to the filing: the machine sends an “abrupt surge” of gas into a barrel housing a “micro-particle” that does indeed puncture the skin and draws a miniscule amount of blood. The droplet is then sucked up into a negative pressure barrel. Theoretically, the entire process would be quicker, easier, and less painful than even the most modern glucose meter used by diabetics.

In fact, Google believes the invention might one day replace glucose meters entirely.

The patent notes that the smallest possible puncture is desirable to cause as minimal pain as possible, but very small-diameter needles aren’t preferable because they can fail to pierce the skin or may snap because they’re not strong enough. The “micro-particle” solves this problem, the filing states.

Health data, gathered in the form of wearable gadgets like heart rate monitors and activity trackers, is the future for Google, Apple, and other technology companies that are practically tripping over each other to be the one to release the next big thing.

For example, late last year, Google launched Google Fit to compete with Apple’s HealthKit. Both applications put the user’s health information, including blood pressure, temperature, and pulse from multiple devices and applications into one place.

Google is working on “smart” contact lenses that are connected to mobile devices for the purpose of helping diabetics monitor their blood sugar, as well as another type of lens to treat far-sightedness.

The company signed a deal with Novartis at the end of last year to produce the glucose-monitoring lenses for diabetics and the lenses to treat far-sightedness. Google has hinted that the technology could also be used for other purposes, and recently patented a lens with a built-in camera.