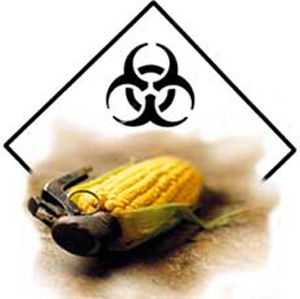 Toxin-resistant GMO corn called NK603 produces its own toxic effects, according to recent research out of the King’s College in London. NK603 is corn that is immune to the toxic herbicide Roundup but is toxic itself, so what’s the use, and why have the manufacturers been lying to Americans for years saying that the genetic mutation that contains weed-killing components is the “substantial equivalent” of its parent – a normal, conventional, non-toxic variety of corn? NK603 GM corn literally produces toxic effects that heighten allergic reactions and propel the formation of carcinogenic nitrosamines.

NK603 has been engineered in a laboratory to “tolerate” massive amounts of noxious weed-killers, including Monsanto’s infamous Roundup, that contains about 50% glyphosate, which was implicated by the World Health Organization as a probable cancer-causing agent for humans. Top it off with the fact that glyphosate becomes exponentially more toxic when combined with all the other “inert” or “inactive” ingredients in Roundup. Scientific correlations have also been made between glyphosate and non-Hodgkin lymphoma.

GMO crops are not “substantially equivalent” to conventional, non-GM crops. It’s all a big lie and continuation of a sham perpetrated on US consumers for thirty years and running. Research reveals disturbing variations that damage liver and kidney biochemistry in animals, and in some instances, in less than three months.