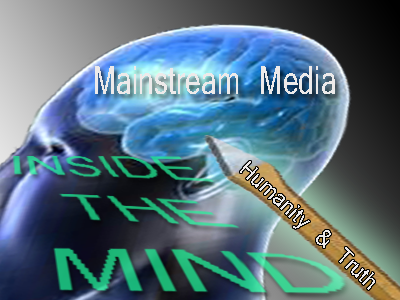 Mainstream media’s lies, deceit, and propaganda are being dramatically exposed in real-time at an alarming rate. Anyone following alternative media knows what I’m talking about. Is it me or does it seem like the MH17 false flag happened years ago? We can see that false flags which are quickly exposed and blown wide open end up dropping to the bottom of mainstream media news.

We’re seeing the pattern over and over again, so isn’t it time we sharpen our skills and start predicting the mainstream media lies and propaganda before it happens? For those of us fully awakened, we have to be scratching our heads wondering, what else? What can we do to change and turbo-boost this information war for the better? What creative thing can we do to throw a monkey wrench into the globalist plans? Is it even possible? Let’s examine some ideas.

In all my writings I assert that we have an information and survival battle that is best described as ‘humanity versus the globalists’ or the ‘humanity versus the new world order’ (or other names such as the Illuminati or global elite). We can also call it humanity against the control system. Call it what you want, but understand that if you are not part of the control system, you are part of humanity.

Humanity is everyone. We are human, we are on earth and we are not trying to control anyone. We are the pure expression of the species on earth innocently going about our daily lives trying to survive and make the most of it. The globalist control system, however, lives and operates for a very different reason. The depth of this truth is gripping when you fully understand it. Imagine for a minute, there is actually a species amongst us who wishes to control you, inflict suffering on you and wishes to diminish or even eliminate your existence.

Many Libertarians and freedom lovers can appreciate this reality. It’s been said, there are two kinds of people on earth: those who want to control you and those who simply want to be left alone. This simple view of life is a very accurate portrayal of reality. Never before have we seen this manifest itself so clearly as it is now. Do you realize that the mainstream media globalist mouthpiece can just as easily encourage humanity, call for peace, reward truth, and honor integrity and what is right?