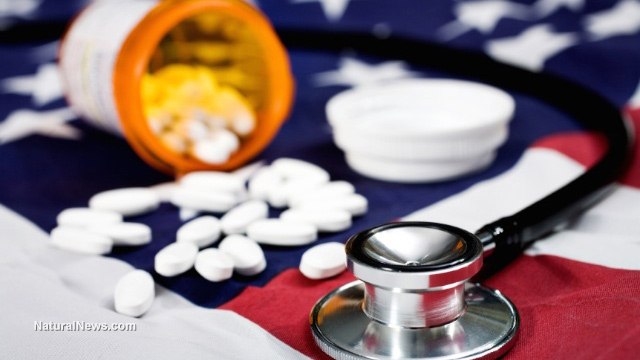 (NaturalNews) Psychiatric drugs kill an estimated 500,000 people per year, looking only at people over age 65 living in Western countries, according to an analysis conducted by a world-renowned Danish researcher.

Peter Gotzsche, research director at the Nordic Cochrane Centre, cited the figure in an article published in the British Medical Journal (BMJ), in which he argues that psychiatric drugs have only “minimal” benefits but very severe side effects. Most use of these drugs could be halted without doing any harm, he says.

The article is part of a discussion published in the journal as a lead-up to a debate that took place at King’s College London on May 13. The debate and discussion both focused on whether psychiatric drugs do more harm than good. In the BMJ discussion, the article supporting the importance of psychiatric drugs was co-authored by John Crace – a psychiatric patient who writes for the Guardian – and Allan Young, a researcher who admits to major financial involvement with the drug industry.

Minimal benefit
Gotzsche is a highly reliable critic of the drug industry. A physician since 1984, he specialized in internal medicine and spent much of his early career as a representative for drug companies. He later established a medical department at a drug company, which was responsible for clinical trials and new drug registration.

In 1993, Gotzsche co-founded the Cochrane Collaboration, the globally respected organization that devotes itself to reviewing medical research data in support of evidence-based medicine. Gotzsche’s credentials as a researcher are also robust; he has been published more than 70 times in the “big five” medical journals (BMJ, Lancet, JAMA, Annals of Internal Medicine and New England Journal of Medicine), and his research has been cited more than 15,000 times. In 2014, his book Deadly Medicines and Organised Crime: How Big Pharma Has Corrupted Health Care won an award from the British Medical Association.

According to Gotzsche, the benefits of psychiatric drugs have been wildly exaggerated. In the BMJ article, he notes that most psychiatric drug trials produce unreliable evidence because they are conducted mostly on people who, until recently, were taking other drugs. Thus, participants suffer drug withdrawal in the early phase of the trial, only to later show “improvement,” ostensibly from the new drug.

Specifically, he notes that trials of the antidepressants venlafaxine (Effexxor) and fluoxetine (Prozac) showed almost no effectiveness over placebo. Trials of ADHD drugs have been ambiguous, while those for schizophrenia drugs contain troubling elements.