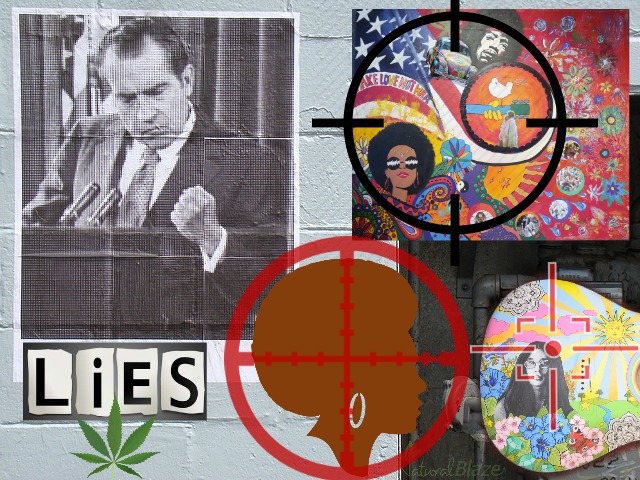 In an interview conducted by Harper’s Dan Baum nearly 22 years ago, former Nixon domestic policy chief John Ehrlichman admitted what many have known ever since the beginning – that the Nixon administrations’ War On Drugs was a giant lie.

To clarify, it was not Nixon’s police state that was a lie. That was very real. It was the justification used for the war, the fearmongering, and the panic-inducing hype produced by the White House that was a monumental obfuscation.

Ehrlichman doesn’t mince words when he discusses the War On Drugs and it is not inference suggesting that the justification given for the War on Drugs was a lie. In fact, Ehrlichman even states that the policy was in order to attack political rivals and alleged “threats” to the Nixon administration like “blacks and hippies.”

“The Nixon campaign in 1968, and the Nixon White House after that, had two enemies: the antiwar left and black people,” Ehrlichman said.

“You understand what I’m saying? We knew we couldn’t make it illegal to be either against the war or black, but by getting the public to associate the hippies with marijuana and blacks with heroin. And then criminalizing both heavily, we could disrupt those communities,” Ehrlichman said. “We could arrest their leaders. raid their homes, break up their meetings, and vilify them night after night on the evening news. Did we know we were lying about the drugs? Of course we did.”

As Tom LoBianco writes for CNN, “It’s a stark departure from Nixon’s public explanation for his first piece of legislation in the war on drugs, delivered in message to Congress in July 1969, which framed it as a response to an increase in heroin addiction and the rising use of marijuana and hallucinogens by students.”

Of course, the War On Drugs and the ensuing police and incarceration states that followed had a much larger purpose than merely helping Nixon fight back against potential political threats. Indeed, most drugs were already illegal by Nixon’s election.

Hiding and preventing the knowledge of positive effects of some substances, shredding Constitutional and human rights, creating a culture of incarceration, and implementing a gradual but eventually total police state were most certainly part of the plan as well, which history has demonstrated. For instance, Reagan and especially Clinton were under no threat from the populations mentioned by Ehrlichman but they nevertheless sent the drug war and the natural results of it listed above into overdrive.

Nevertheless, after setting the United States further down the path of totalitarianism, we at least appreciate Ehrlichman’s honesty even if it is decades later. Perhaps now, we can begin dismantling the drug war.