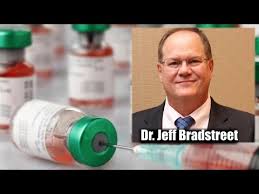 Dr. Jeff Bradstreet, an enthusiastic vaccine researcher and the anti- vaccine opponent was found dead with a gunshot wound to the chest. The police claimed the death was suicide.

In spite of objections from those who knew him best, police investigators claim the death was a suicide, but family members and friends are not convinced.

Dr Bradstreet was a parent of a child who developed autism just after receiving a vaccination. This inspired him to research the harmful side effects of vaccines which then turned him into an outspoken activist.
His personal account of his son’s vaccine injury is still posted on his online blog.