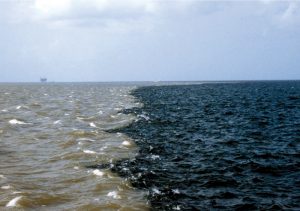 Though many believe that the Gulf of Mexico is “back to normal” following the 2010 BP oil spill, the Gulf has continued to suffer silently in the years since. Natural gas and oil companies, with full approval of the EPA, have been dumping unlimited quantities of fracking wastewater and chemicals into the Gulf, with 75 billion gallons dumped in 2014 alone. Though these massive volumes of wastewater cannot contain oil and must meet toxicity standards, oil and gas well operators are only required to test the waste stream a few times a year with no oversight. When the Center for Biological Diversity contacted the EPA for more information, the EPA responded that they “didn’t really know what chemicals are being discharged into the Gulf of Mexico.” Despite this clear lack of knowledge and failure to provide critical oversight of energy companies, the EPA has announced a draft plan that would continue this same, misguided “policy” for the next several years.