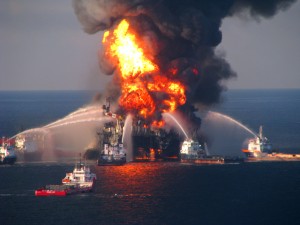 Both the US government and the Chinese government are engaged in an Agenda 21motivated plot to relocate rural and suburban residents to more densely populated urban centers to live in overcrowded conditions where a person’s every movement and every activity is monitored. The previously described policies are proving effective in moving populations into densely populated urban centers in accordance with Agenda 21 policy. However, the process is not as speedy as the globalists had hoped. The global elite needed a game-changing event in the United States. In order to speed things up, the elite bankers at Goldman Sachs masterminded the Gulf oil spill to this end.

The Gulf Oil Spill Is a Depopulation Event of Epic Proportions.