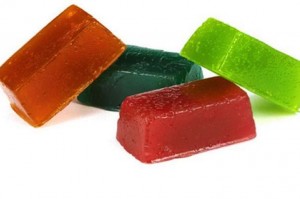 An FDA-approved, candy-flavored amphetamine is to be used to treat children six or older that have been diagnosed with ADHD. The label itself says that the drug has a “high potential for abuse and dependence,” which is not something most parents want their children to be consuming daily.

Active ingredients in the drug itself make it addicting, but the sweet, candy-flavored gummies only serve to keep kids wanting more. Many healthcare professionals are concerned about possible addiction-forming that could follow the children into adulthood, but that hasn’t stopped Neos Therapeutics from producing the drug.

The Dallas-based pharmaceutical company is pushing forward with Adzenys XR-ODT, the name give to this new form of meth. The CEO of the company, Vipin Garg, “launching now at full speed”—pun intended—in an effort to get “ahead of back-to-school season.”

Neos Therapeutics has shown no shame in this new endeavor, and, instead, has bragged about their 125 sales representatives who have been making appointments with physicians to get the drug out on the market.

While lawmakers are attempting to ban cannabis edibles that resemble sweet treats, the government is continuing to push these addicting gummy drugs because it can actually be controlled and turn out a profit.

Though lawmakers are ignoring the emergence of this dangerous substance, citizens cannot ignore the concerning fact that recreational use of medications like Adderall have increased in adults by 67 percent. To top it all off, the side effects of these drugs range from mild to sudden death, which has apparently happened in adults. Dr. Carl Hart, a professor of psychology and psychiatry at Columbia University, said:

The public remains almost entirely ignorant of the fact that methamphetamine produces nearly identical effects to those produced by the popular ADHD medication d-amphetamine (dextroamphetamine). You probably know it as Adderall.

Other side effects include fever, hair loss, hallucinations, psychotic episodes, strokes, and dangerously high blood pressure, meaning that there are no benefits for children in taking this drug over Adderall, which may have the same active ingredients but at least it doesn’t taste like candy.

Despite the evidence that these drugs can kill and are being offered to children, the FDA has said that they are safe and effective in treating ADHD and narcolepsy.