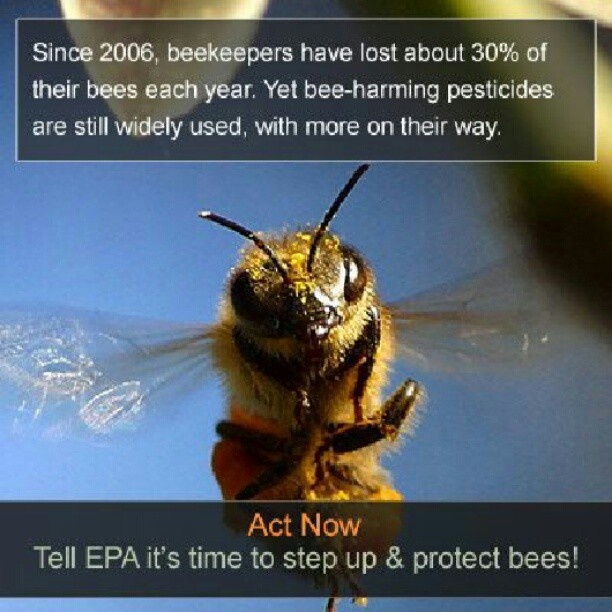 A group of beekeepers and environmentalists suing the Environmental Protection Agency (EPA) has accused the agency of concealing documents that would prove the agency illegally decided to exempt neonicotinoid-treated seeds and their dust from pesticide regulatory laws.

Neonicotinoids are a family of pesticides that are typically applied to seeds prior to planting. As they grow, the plants take the toxins up into all of their tissues, including pollen, nectar, flowers, leaves and seeds. These toxins then affect any organisms, from honeybees to humans, that later eat any part of the plants.

These pesticides have been singled out as one of the major factors causing an ongoing, worldwide crash in pollinator populations.

The ecological effects of neonicotinoids have been compared in scale to those formerly caused by DDT.
Learn more: http://www.naturalnews.com/056020_bees_neonicotinoids_EPA_cover-up.html#ixzz4Q7dazzDE