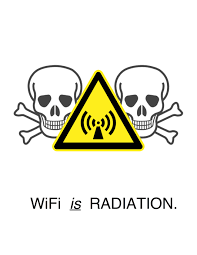 To much fanfare and excitement, Apple has announced that the iPhone 7 will come with wireless earbuds, ditching the much-reviled and ever-tangled cords of conventional earbuds. The wireless earbuds, dubbed “AirPods,” will be water-resistant and are, in the words of company CEO Tim Cook, the first step to a “wireless future.”

They will also fire dangerous, cancer-causing radiation directly into the brains of users, experts have warned.

The iPhone will communicate via Bluetooth directly with the right earbud, which will send a separate Bluetooth signal to the left earbud. This means the radiation carrying the signal will pass directly through the user’s brain.

Contrary to the claims of industry representatives, studies have in fact established ways that RFR leads directly to health harm.
Learn more: http://www.naturalnews.com/055296_iPhone_wireless_headphones_brain_cancer.html#ixzz4KeycsfCg