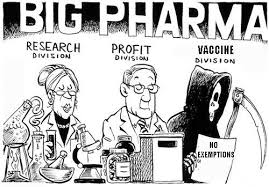 Just 5 days after the school-sponsored dose of immunization, she was laid to rest.

As a 20-year-old American myself, I can personally attest to the fact that in Elementary and Middle School we were encouraged to get this very same, particularly dangerous HPV vaccine as part of our sexual education.

When I went to school in Central Texas, they handed out forms and encouraged us to sign up for these vaccines in the 6th grade. Although this incident occurred in the UK, it’s the same relationship between schools and pharma.

Since then, I have seen countless peers just “randomly” get such bizarre symptoms as ovarian cysts, cervical cysts, and so I ask them if they’ve received a vaccine for Gardasil recently. So far two peers have gotten ovarian cysts shortly after the vaccine.

That inspired me to research further, so I uncovered this heartfelt account of a woman’s Gardasil injuries titled “My Story Through Gardasil Injuries,” and republished it here on Era of Wisdom.