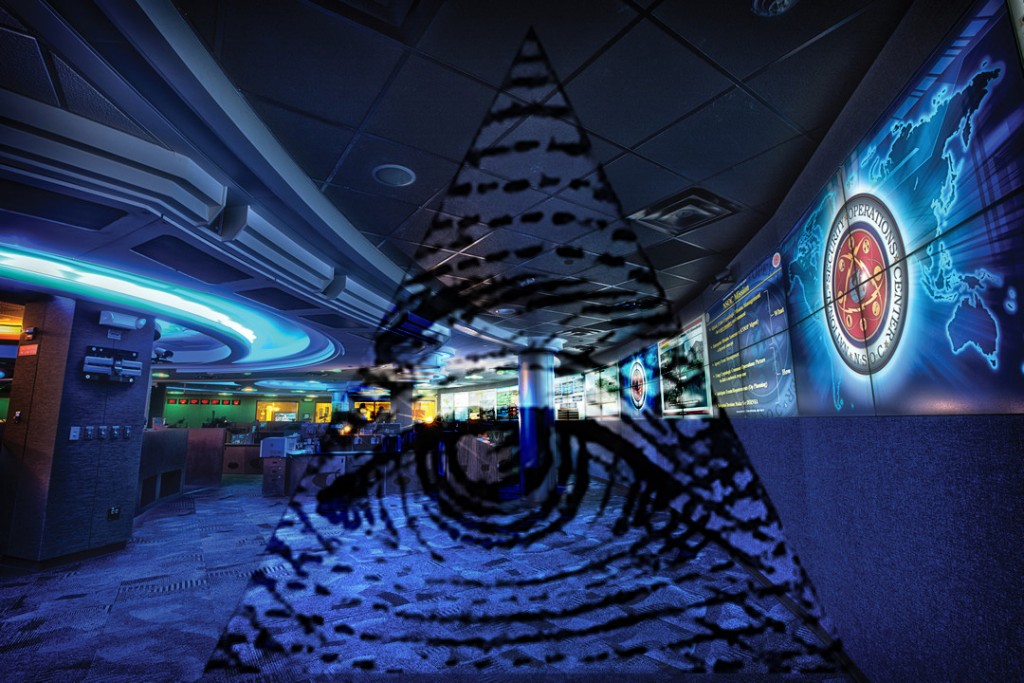 On Friday, Congress passed a $1.15 trillion omnibus spending package to continue funding the federal government, which included an already defeated, and extremely controversial cyber security bill, that was inserted into the spending package as a means of assuring its passage.

In spite of this massive revelation and horrific blow to privacy, the mainstream media remains mum. While many outlets are covering the passage of the spending bill, they are completely omitting anything about CISA.

The New York Times, for example, broke the story Friday morning about Congress passing the omnibus measure. However, they conveniently left out any mention of CISA.

Aside from the tech sites who know about the dangers of this measure, the entire realm of mainstream media is choosing to remain silent.

The Cyber Information Sharing Act (CISA), quietly pushed back in 2014 before being shut down by civil rights and privacy advocates, was added into the Omnibus Appropriations Bill by House Speaker Paul Ryan as a means circumventing rampant opposition to the anti-privacy legislation.

The CISA legislation, which Rep. Justin Amash called “the worst anti-privacy legislation since the USA PATRIOT Act,” has now been passed by Congress and will be signed into law by President Obama as part of the government spending package.

Advocates of the CISA provisions say their aim is to help prevent cyber threats, but critics say that the legislation essentially gives corporations legal immunity when sharing consumers’ private data about hacks and digital breaches with the Department of Homeland Security.

According to a report by Wired:

It creates the ability for the president to set up “portals” for agencies like the FBI and the Office of the Director of National Intelligence, so that companies hand information directly to law enforcement and intelligence agencies instead of to the Department of Homeland Security. And it also changes when information shared for cybersecurity reasons can be used for law enforcement investigations. The earlier bill had only allowed that backchannel use of the data for law enforcement in cases of “imminent threats,” while the new bill requires just a “specific threat,” potentially allowing the search of the data for any specific terms regardless of timeliness.

Originally, the CISA anti-privacy legislation was shelved after a public outcry against the bill, but corporations soon realized the bill would provide them with legal immunity for sharing customers’ private data with the government and began a renewed effort to pass CISA.

And miraculously, even in defeat, a bad bill became worse, and a crisis became an opportunity.

“They took a bad bill, and they made it worse,” Robyn Greene, policy counsel for the Open Technology Institute, told Wired.

“They’ve got this bill that’s kicked around for years and had been too controversial to pass, so they’ve seen an opportunity to push it through without debate. And they’re taking that opportunity.”

By including CISA into the government’s overall spending package, it meant that for anti-privacy legislation to be defeated the spending bill had to also be defeated, which would have meant a government shutdown beginning next week.

“Unfortunately, this misguided cyber legislation does little to protect Americans’ security and a great deal more to threaten our privacy than the flawed Senate version. Americans demand real solutions that will protect them from foreign hackers, not knee-jerk responses that allow companies to fork over huge amounts of their customers’ private data with only cursory review.” Sen. Ron Wyden said of the insertion of the CISA into the spending bill.

It’s a shameful testament to the power of corporations and the intelligence community, to craft legislation that the American people clearly don’t support and then hide it within a budget bill to gain passage of the legislation, due to the fact that the public would never support it otherwise. What’s more is that the Praetorian guard, also known as the mainstream media is choosing to keep it out of the public’s eye.

“There’s plenty wrong with this omnibus, but there’s nothing more egregious than the cyber language they secretly slipped in,” Rep. Justin Amash (R-Mich.) told The Hill by email.

Sadly, this seems to be business as usual in Washington, D.C.

When corporations and government craft and push their own legislation, which by large measure individuals and the public don’t support, corporate fascism is clearly at the doorstep. A dangerous stage is being set for turnkey totalitarianism in the United States.

Please share this article with your friends and family who will most assuredly not hear about it on the TV or radio.