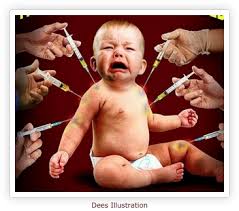 There are three new vaccine science videos, explaining why vaccinated children keep getting infected, why vaccines are largely scientific fraud, and why arrogant vaccine pushers are so steeped in a sick desire to sacrifice children to their “medical gods.”

These videos shatter the utterly false myths being pushed by the fraudulent vaccine industry and its corporate-run junk science. For example, did you know that the recent mumps outbreak at Harvard took place among students who were already vaccinated?

So if vaccines work, then how did all those vaccinated students get the mumps? The answer is that mumps vaccines are medical fraud. They don’t work. They never did. This was all admitted by vaccine industry scientists in a False Claims Act document filed with the federal government. That same document stated that vaccine companies knew their vaccines didn’t work… and that the faked vaccines actually contributed to outbreaks of disease (which, of course, sells more vaccines that also don’t work!).

The entire mainstream media repeatedly and knowingly lies about vaccines as a matter of course. They are largely funded by pharmaceutical interests, and if the public ever learned just how shoddy the science really was behind vaccines, they might stop taking them altogether.

Read the entire article and watch the videos here: http://www.naturalnews.com/053843_vaccine_science_Health_Ranger_videos.html#ixzz47IWZ0AG0