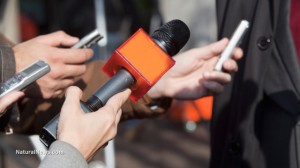 (NaturalNews) An activist organization that says the mainstream media has “failed” the country has launched its own “media university” to train journalists who are not beholden to the ideology of legacy publications or corporate interests.

“The mainstream media has failed us time and time again,” says the non-partisan, nonprofit group, “We Are Change,” on its website. “Their appalling lack of integrity, tenacity, and spine continues on a daily basis, insulting anyone paying attention.

“We Are Change is creating a platform where aspiring journalists can achieve success and develop their careers without jumping through degrading corporate hoops,” the group says.

In a video outlining the goals of the new school, Change Media University, guerrilla journalist Luke Rudkowski says decentralization of media control is essential to change the culture of institutionalized ideology and singularity of thought.

“If we take that power away from them [the corporate media], and shame them, and make them obsolete by doing their job better — what if we become the mainstream media?” he asks.

‘Creating a new generation of journalists’

In the announcement for the university, Rudkowski wrote:

11 years ago with a cheap camera borrowed from a friend, I dedicated my life to confronting those who repeatedly escaped justice. No longer would the perpetrators of hate and violence continue to walk amongst us without repercussions.

We have successfully exposed the hypocrisies of Henry Kissinger, Ben Bernanke, Joe Biden, Mitt Romney, Jacob Rothschild, Mayor Bloomberg, Larry Silverstein, and the Rockefeller family. We have reached millions of people, operating on a shoestring budget while effecting laws, vindicating people who were falsely charged, creating national debates, and awareness on issues that would have never seen the light of day.