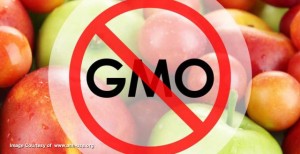 (NaturalNews) The world’s seed giants would love for you to believe that the movement against genetically modified organisms (GMOs) is based on nothing more than fear, paranoia and ignorance. But the truth is that the growing distaste for GMOs is based on mounting research that illustrates the adverse effects on humans who consume these controversial foods, as well as their impact on the environment.

“Anyone that says, ‘Oh, we know that this is perfectly safe,’ I say is either unbelievably stupid, or deliberately lying. The reality is, we don’t know. The experiments simply haven’t been done, and now we have become the guinea pigs,” said geneticist David Suzuki.

While it’s true that we don’t fully understand the long-term effect of eating GMOs, we do know that the crops and their associated chemicals, including glyphosate, wreak havoc on the human body in intricate ways that have lasting health impacts.

A recent review of the scientific literature conducted by independent researchers Anthony Samsel, Ph.D. and Stephanie Seneff, Ph.D. – a scientist at Massachusetts Institute of Technology (MIT) – uncovered some disturbing information about the way glyphosate interferes with the structure and functionality of important proteins in the human body.

What they learned is that glyphosate behaves as a glycine analogue that incorporates peptides during protein synthesis, according to AlterNet. In other words, the herbicide alters various proteins dependent “on conserved glycine for proper function.”

When the human body substitutes glyphosate for glycine, it leads to a host of serious illnesses including diabetes, obesity, asthma, Alzheimer’s disease, amyotrophic lateral sclerosis (ALS) and Parkinson’s disease, among other conditions, according to the study’s authors.

The opposition’s biggest argument against anti-GMO activists is that the movement is “unscientific.” However, science tells us that the opposite is actually true.

For example, there are viral gene fragments in most GM crops which could have “complex interactions with DNA and toxicity,” that have never truly been studied.

Given this information, Sayer Ji writing for The Activist Post asks which statement is less scientific:

“The scientific and logical answer would be that both GMO food safety and harms cannot be sufficiently proven; for reasons that include the fundamentally unethical nature of a human clinical trial that could result in poisoning the test subjects,” writes Ji.

“But, the weight of evidence actually indicates that statement #2 is the more unscientific one, as there is a growing body of scientific research produced by independent scientists indicating that GMO food harms can be clearly demonstrated, and through a simple process of extending feeding studies beyond the 90-day cut-off mark established by biotech corporations with a vested interest in hiding chronic adverse health effects.

“In other words, a failure of science to positively identify a problem does not mean that a problem does not exist. To err on the side of caution, is no less scientific than to err on the side of reckless abandon. When we fail to exercise the precautionary principle in our risk assessments, we are basically saying that GM foods are innocent until proven guilty,” Ji writes.

The biotech industry should ultimately be the entity responsible for proving the safety of GMOs, not the general public, which is being treated like test subjects in one of the largest and potentially most dangerous experiments in the history of mankind.

But like most industries, biotech companies aren’t interested in public health, but instead are focused on profits. In order to meet those profits, they fund massive campaigns built solely on propaganda to keep the public ignorant about the adverse effects of chemical agriculture.