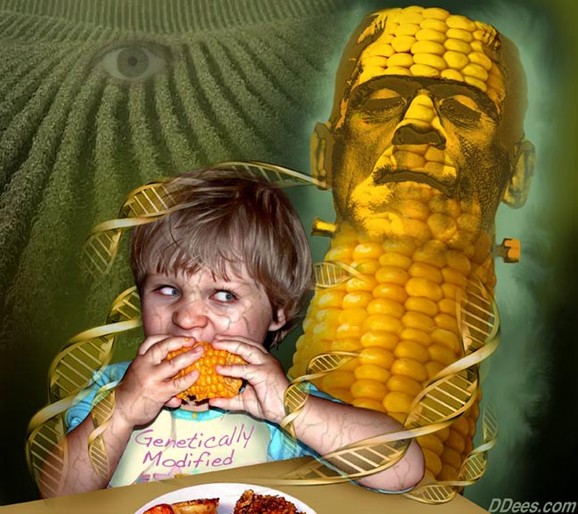 Seven myths about GM crops and the truth behind them

REALITY: There are no GM crops designed to deliver high yields. Genetic engineering
is ill-adapted to solve the problems underpinning hunger and malnutrition.

It reinforces the industrial agriculture model that has failed to feed the world so far.

REALITY: Genetic engineering lags behind conventional breeding in developing
plant varieties that can help agriculture cope with climate change. Climate resilience
heavily depends on farming practices promoting diversity and nurturing the soil, not
on the over-simplified farming system GM crops are designed for.

MYTH 3: GM crops are safe for humans and the environment

REALITY: Long term environmental and health monitoring programmes either do
not exist or are inadequate. Independent researchers complain that they are denied
access to material for research.

REALITY: After a few years, problems such as herbicide-resistant weeds and super-
pests emerge in response to herbicide tolerant and insect resistant GM crops,
resulting in the application of additional pesticides.

REALITY: GM seed prices are protected by patents and their prices have soared
over the last 20 years. The emergence of herbicide-resistant weeds and super-
pests increases farmers’ costs, reducing their economic profits even further.

MYTH 6: GM crops can coexist with other agricultural systems

MYTH 7: Genetic engineering is the most promising pathway of innovation for
food systems

REALITY: Non-GM advanced methods of plant breeding are already delivering the
sorts of traits promised by GM crops, including resistance to diseases, flood and
drought tolerance. GM crops are not only an ineffective type of innovation but they
also restrict innovation due to intellectual property rights owned by a handful of
multinational corporations.