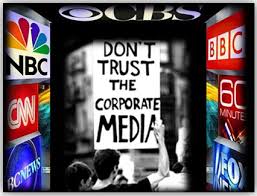 Trust in the ‘mainstream’ media continues to collapse amid a torrent of fake news and fabricated narratives.

If Americans learned one thing in 2016 it is that they can no longer trust the so-called “mainstream” media anymore, especially when it comes to so-called “reporting” on political, cultural and social issues of the day.

America’s entertainment, media and academic institutions have long been dominated by Left-wing kooks and hacks who create stories and issues out of thin air in order to push their narrow-minded, hate-filled agenda of domination and control of the masses. But increasingly, more Americans are beginning to see these people and their institutions for that they are: Charlatans and phonies who have to invent issues and create division because they cannot compete in the realm of ideas.

Part of their strategy, then, is to fake the news.

Here is a tally of the most outrageous lies and acts of journalistic deceit in recent weeks: http://www.naturalnews.com/2017-01-09-trust-in-the-mainstream-media-continues-to-collapse-amid-a-torrent-of-fake-news-and-fabricated-narratives.html