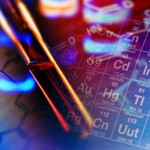 It’s reality check time, folks – understand what’s really happening all around you, and form a line of defense!

#3. Vaccines still contain mercury, including the influenza (flu) shot at 51 parts per million, which is 25,000 times the EPA’s limit for drinking water contamination.

#4. Bill Gates (via the Bill & Melinda Gates Foundation) wants to eliminate billions of people over the next decade using vaccines and GMOs (you can listen to him say it himself as captured on video at a T.E.D. conference).

#5. President Obama purposely allows terrorists and illegal aliens into America who are destroying our health and livelihood with infectious diseases, violence and acts of terror.

#6. Children will soon be force-vaccinated with deadly chemicals at gunpoint by a rogue government that’s pushing for more autism and miscarriages (as taking place in California right now).

#7. The U.S. government supports, funds and encourages the sale of aborted baby body parts for cash on the black market via Planned Parenthood’s insidious agenda (all to further support biotechnology experimentation on humans).

#8. The cancer industrial complex is in full swing, and evil oncologists across America are overdosing healthy Americans (some to death) with toxic chemotherapy, while robbing Medicare (taxpayer money) in the process. (The ultimate example is Dr. Farid Fata now serving 45 years in federal prison for mass murder.)

#9. Chemical agriculture giants like Monsanto, Bayer, Dupont, Dow and Syngenta, are purposely contaminating non-GMO foods with a deadly herbicide called glyphosate to trick health-conscious Americans into eating cancer-causing foods. (Most grains are heavily coated right before going into the silos.)

#10. SSRI drugs are the main factor responsible for mass shootings, multiple homicides and coinciding suicides, as witnessed and proven over the past decade in America (the drugs make depression and anxiety worse!) SSRIs are also called “The gateway drugs to mass murder.”

#11. Prescription drugs are a leading cause of sickness and death in America, even when taken as prescribed by the quack doctors in America, called MDs, who go to school for eight years to learn how to juggle experimental, chemical-based drugs, but never learn a single “lick” about nutrition (pun intended).