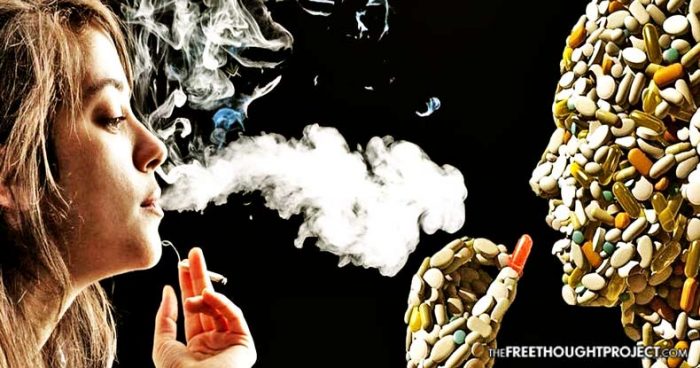 A landmark study helps explain why Big Pharma is so afraid of the medical benefits of cannabis. The pharmaceutical and alcohol industries, both powerful influences in Washington, have long lobbied against cannabis legalization in order to protect their profits.

The recent study is lending credibility to the idea that medical cannabis can be used as a natural alternative to prescription pain medications, with nearly 100 percent of respondents saying they believe cannabis is helping them decrease their use of prescription opioids to treat the pain.

The study, which was conducted by HelloMD, one of the largest medical cannabis communities in the nation, and University of California Berkley, surveyed nearly 3,000 patients who use both opioid and non-opioid based pain medication.

The study also found that 81 percent of respondents said they “strongly agreed/ agreed” that using cannabis alone was more effective than taking cannabis with opioids.