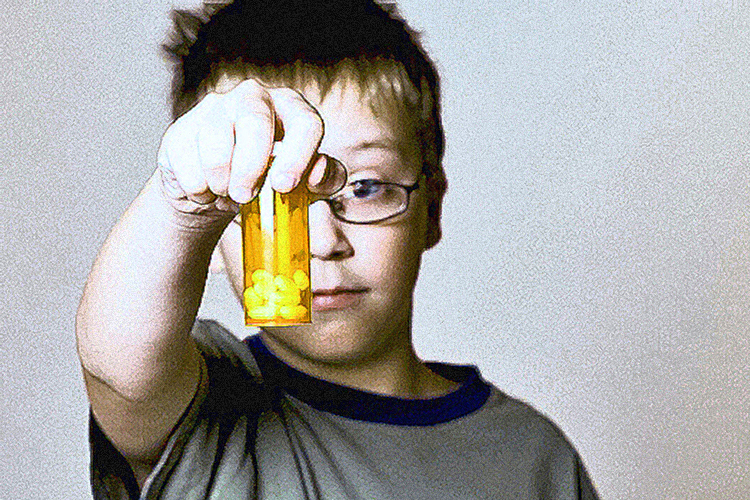 “Take a child who wants to invent something out of thin air, and instead of saying no, tell him he has a problem with his brain, and then stand back and watch what happens. In particular, watch what happens when you give him a toxic drug to fix his brain. You have to be a certain kind of person to do that to a child. You have to be, for various reasons, crazy and a career criminal.” (The Underground, Jon Rappoport)

Let’s look at just one of the drugs: Ritalin (or any similar ADHD medicine). After a creative child is seen fidgeting in class, looking bored, studying what he wants to study, ignoring classroom assignments, focusing on what interests him, he is diagnosed with ADHD. Then comes the drug.

In 1986, The International Journal of the Addictions published an important literature review by Richard Scarnati. It was called “An Outline of Hazardous Side Effects of Ritalin (Methylphenidate)” Scarnati listed a large number of adverse effects of Ritalin and cited published journal articles which reported each of these symptoms.

For every one of the following (selected and quoted verbatim) Ritalin effects, there is at least one confirming source in the medical literature:

Under this chemical assault on the brain, what are the chances that a creative child will go on in life to become an innovator, rather than a victim of psychiatric drugging? Make a list of your favorite innovators. Imagine them as bored distracted children sitting in classrooms…and then diagnosed, and then hammered with drugs prescribed by a doctor.

This is happening now. The institution of psychiatry is making it happen.

What about the consequences of diagnosing clinical depression in larger numbers of young children? What about the antidepressant drugs?