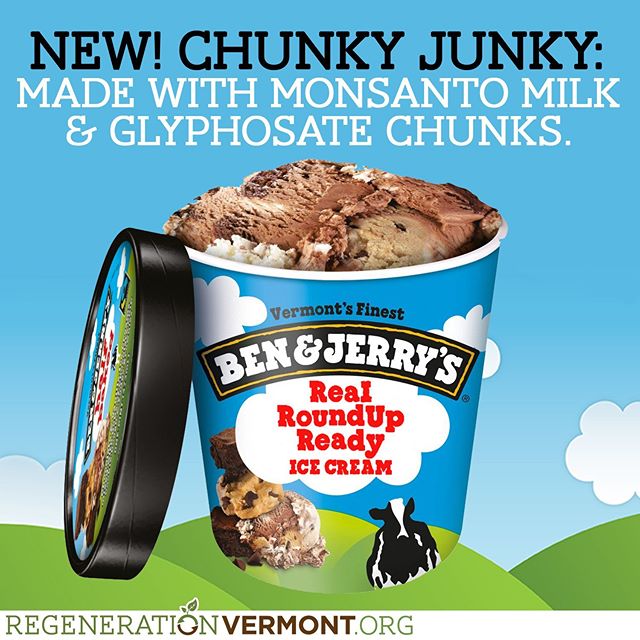 Not long after the Organic Consumers Association (OCA) announced that Ben & Jerry’s ice cream tested positive for glyphosate, the key ingredient in Monsanto’s Roundup weedkiller, another story broke—one that validates the importance of finding glyphosate, even at low doses, in any food.

According to internal Monsanto documents (and as reported by GM Watch, Sustainable Pulse and other news outlets), Monsanto forced the retraction of a critical long-term study, first published in 2012, showing that very low doses of Monsanto’s Roundup herbicide—lower than those detected in Ben & Jerry’s ice cream—caused serious liver and kidney damage in rats.

Since the New York Times first reported on OCA’s testing findings, the news about Ben & Jerry’s has been picked by thousands of media outlets, including TV stations, in the U.S. and internationally, including in Germany, the U.K., France, Mexico, Portugal and Japan.

No surprise, it didn’t take long for critics to come out of the woodwork—mostly the usual suspects who defend Monsanto. Their criticisms focused largely on the amounts of glyphosate detected in the ice cream, and how they fall below the U.S. Food & Drug Administration (FDA) “allowable safe levels”—levels that don’t take into account the latest research.

We should be outraged. By Monsanto knowingly selling a toxic product, and covering up that fact by attacking credible independent scientists. By government agencies that allowed, and possibly even colluded in the cover-ups and attacks. And by companies like Ben & Jerry’s that profess great concern for the environment, the climate, and “social responsibility,” while excusing themselves from having to live up to those promises.