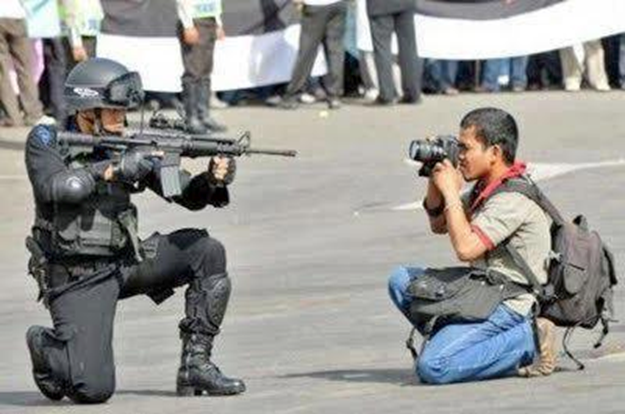 The rapidly increasing revelations of truth that the alternative research community is exposing are having a profound effect. This uncensored research is based on efforts toward a more honest, integrated and holistic worldview, using real history, honest facts and trends, and accumulated information outside the controlled and censored media.

The massive vibrational change of consciousness is more noticeable by the day.

And it’s getting to the Elite, our would-be Controllers. It’s never been easy to quantify, but we’re starting to get positive proof of the effects on a massive scale. The walls are coming down. The wake up is clearly reaching critical mass.

Fact is we’re exposing them and they are having to regroup and reshuffle their plans to keep the masses in the dark. It may not stop the wars and false flags that these psychopathic idiots have lined up, but it can shift the conditions necessary to influence us further and put them on the defensive and cause self-exposing behaviour on their part.

This will further advance humanity’s awakening. When these events come to pass, those who’ve caught on or even those who’ve just heard about their methodology and intent, will wake up!

They are aware of our awakening and are planning accordingly. Make no mistake. We not only need to be controlled, but if our awareness is really getting out of hand and we are increasing our resistance to the next level of manipulation, they will try to seriously distracted and manipulated us with bolder and more heartless events.

Another event will come soon and they will continue. When their next big self-inflicted wound goes down, many millions of people will know exactly what they’re doing. Trying to subjugate us.

Just like the disgusting shootings and Haarp created storms, the people that are even slightly awake, can see that these events usually happen to push their agenda and to distract us from something much bigger and more insidious they’re trying to slip past us.

It appears that they’re scrambling to get something in place and that’s what tells us it won’t be long. It might be a false flag to start the next big war or a serious domestic attack on a major city to force the world into the next level of ruthless military control.

Be prepared, because it will temporarily stop internet freedom, freedom of movement and unleash a whole array of unfamiliar weapons against the citizenry that will make your head spin when it happens. So just be prepared; be realistic, but not afraid

They are not nice people. They are a real nasty bunch. This manifests in their need to exercise control over and abuse those under their dominion. The hierarchy methods they exercise to control us are bad and they even turn on each other if it serves their purposes.

It is a major concern for these psychopaths, that the waking up is getting out of hand and it can potentially screw up their world takeover plans. They fear our waking up the most. This is not the mentality they want. They want drugged up, dumbed down and freaked out masses that are easy to intimidate and control.

So be on your toes, but don’t be afraid.

It is now to the point that whatever they do, the awakening will only spread faster!

Whatever the planned disturbance, vast numbers of ignorant, entrained “sleeple” will fall for it and accept whatever it takes, even martial law, to “protect them”. That’s why I think there’s going to be something happen that “hits home” to everyone. Thus it will fuel the cosmic shift, in spite of anything they do.

Don’t be afraid, and don’t be deterred. The matrix is on its death bed for those that understand the trick.

As the awakening hits critical mass, expect wonderful breakthroughs, revelations of Truth and compassion, personal and social empowerment. Now is the time to get vocal and encourage others to discuss our actual predicament.

Every bit of information, every act of compassion and brave effort to expose them is having an exponential effect.

Learn to listen to and trust your heart; the Supersoul within. That’s the true cosmic consciousness internet. They can’t censor or shut that down. You just need to keep listening within.

Do be prepared for a backlash, but keep fighting the good fight no matter what.