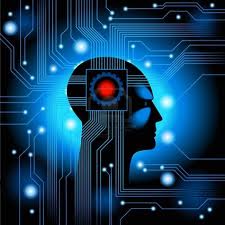 Mind control was once reserved only for the farthest corners of conspiracy research. No more. The establishment has re-named mind control as neuroscience, and it is receiving massive funding through initiatives such as Obama’s BRAIN project.

It is a comprehensive plan to map the human brain for purposes of determining how degenerative conditions arise, how thoughts are formed, and how behavior can be reverse engineered to the source of its gestation. Once determined, scientists intend to intervene and control the mind through a variety of methods, both direct and indirect.

The Brain Research through Advancing Innovative Neurotechnologies(BRAIN) Working Group has now issued its “Interim Report” in a search for continued funding through 2014. It is appropriately titled, as we have arrived at a critical juncture where the arrival of full-fledged, broad-scale direct mind control could become part of our future. Or, the vast complexities of the human brain could be revealed as an insurmountable task to decode, regardless of the amount of funding or wishful thinking of transhumanists and technocrats alike.

There certainly have been a plethora of advertised advancements released in the scientific community indicating that the brain can be altered in very significant ways. So far, the animal research is out in the open, but every announcement is freely coupled with the plan to apply these findings to humans once legal and ethical concerns are overcome. Now might be the time where the public is being conditioned to see the totality of what is being suggested as not only inevitable, but desirable.