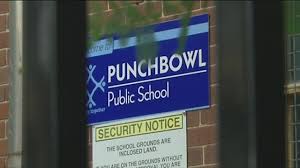 Frightened teachers at a Sydney primary school have revealed students are showing signs of extreme radicalisation at a young age, saying they have been traumatised by threats of beheading and other violent behaviour.

Students as young as in Year 5 (11 years old) are making the threats and pressuring peers into reading the Koran at Punchbowl Public School in Sydney’s southwest, the Daily Telegraph has reported.

Documents given to the newspaper reportedly reveal that at least three staff members have taken stress leave, received counselling and been paid compensation after bullying from Islamic students.

Those students may have since graduated and moved down the road to Punchbowl Boys High. Recently, the principal of that school Chris Griffiths was fired for refusing to allow the department of education to run a counter-extremism program there to target students at risk of radicalisation in the predominately Muslim school.