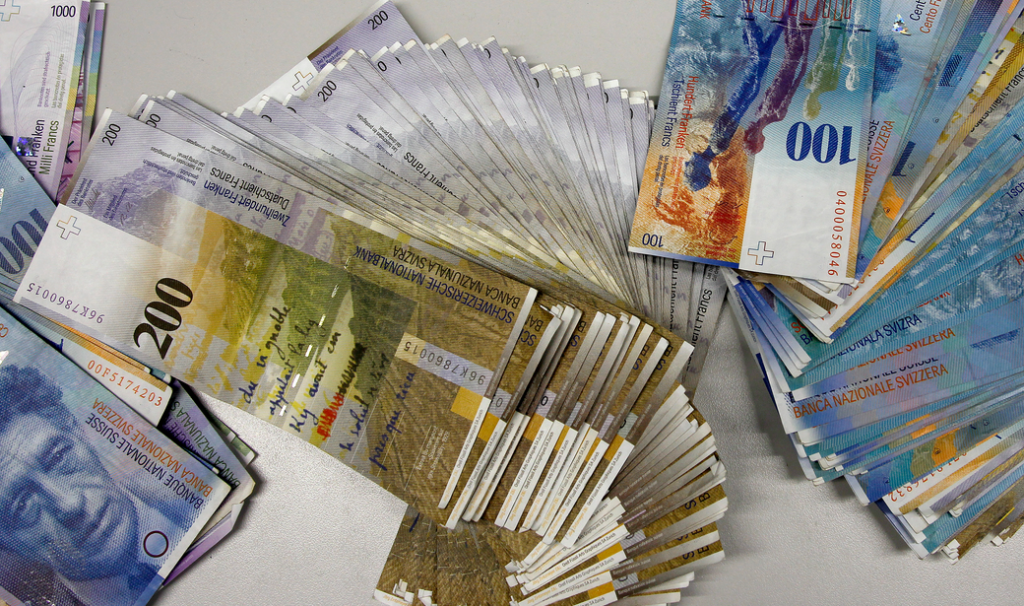 “If you want to continue to be slaves of the banks and pay the cost of your own slavery, then let bankers continue to create money and control credit.” – Josiah Stamp

Iceland has gained the admiration of populists in recent years by doing that which no other nation in the world seems to be willing or capable of doing: prosecuting criminal bankers for engineering financial collapse for profit.

Their effective revolt against the banking class, who drove the tiny nation into economic crisis in 2008, is the brightest example yet that the world does not have to be indebted in perpetuity to an austere and criminal wealthy elite. In 2015, 26 Icelandic bankers were sentenced to prison and the government ordered a bank sale to benefit the citizenry.

Inspired by Iceland’s progress, activists in Switzerland are now making an important stand against the banking cartels and have successfully petitioned to bring an initiative to public referendum that would attack the private banks where it matters most: their power to lend money they don’t actually have, and to create money out of thin air.

Switzerland will hold a referendum to decide whether to ban commercial banks from creating money.

The Swiss federal government confirmed on Thursday that it would hold a plebiscite, after more than 110,000 people signed a petition calling for the central bank to be given sole power to create money in the financial system.

The campaign – led by the Swiss Sovereign Money movement and known as the Vollgeld initiative – is designed to limit financial speculation by requiring private banks to hold 100pc reserves against their deposits.  [The Telegraph]

Switzerland is in a key position to play a revolutionary role in changing how global banking functions. In addition to being the world’s safest harbor for storing wealth, it is also home to the Bank for International Settlements (BIS), a shadowy private company owned by many of the world’s central banks, and acting as a lender to the central banks. The BIS is the very heart of global reserve banking, the policy that enables banks to lend money that does not actually exist in their bank deposits, but is instead literally created electronically from nothing whenever a bank extends a line of credit.

Reserve banking is the policy that guarantees insurmountable debt as the outcome of all financial transactions.

The Sovereign Money initiative in Switzerland aims to curb financial speculation, which is the intended and inevitable result of reserve banking, the tool that makes financial adventurism possible by supplying the banks with endless quantities of fiat money.

Limiting a bank’s ability to produce money from nothing would be a direct blow to the roots of the banking cartel, and would cripple their ability to manipulate the world economy. Here’s how it works, in rather simplified terms:

…if we had access to the same computer terminals the banks have, we could magic in or out of existence all the imaginary stuff we are trained to think of as important – money – in whatever quantities we liked.

In Switzerland, 90% of all money in circulation is electronic, and for this, The National Bank of Switzerland has become the direct target of the Sovereign Money Campaign. Swiss law has in the past required required banks to back all currency creation with collateral assets like physical silver or gold, however in recent decades the climate has changed, and, “due to the emergence of electronic payment transactions, banks have regained the opportunity to create their own money.”

The grassroots campaign said in a public statement regarding the intentions of the referendum, “banks won’t be able to create money for themselves any more, they’ll only be able to lend money that they have from savers or other banks.”

This is an interesting twist in the human saga of man vs. banks, and while it remains to be seen if the referendum passes or not, it must be pointed out that it does have its own problems, articulated by Sam Gerrans:

… it does say that the central bank should be given sole right to create money. This would essentially leave the creation of money in the same hands as those who control the Federal Reserve or the Bank of England rather than allow them to farm out the process. But at least it shows that people are beginning to wake up to where the true power lies.

In the unlikely event that this grass-roots movement in Switzerland should get its way and its proposed legislation be enacted, and then begin to morph into something which really does threaten the banking elite, we must not be surprised if Switzerland is shortly discovered to be harboring weapons of mass destruction, or to have masterminded 9/11, or to be financing Islamic State.

Part of the cultural conditioning of our time is an ingrained, presumed dependency on sacred cow institutions like banking. Just like it is impossible for most Americans to envision a world without Democrats and Republicans, it is difficult for most people to imagine a world without predatory global banking.

Yet, there are a number of other possibilities for trading, storing wealth, and facilitating development in the world. This is not the only economic system we can imagine, and as Iceland has proven, people can regain control of their collective wealth, so perhaps this revolution will foment further in Switzerland, presenting a chance to at least bring greater awareness to the truth about central banking.