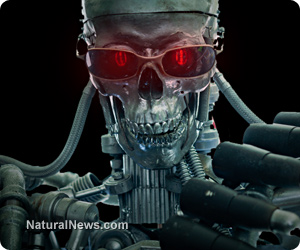 Most people don’t know about the existence of quantum computers. Almost no one understands how they work. Quantum computers take logarithmic problems and transform them into “flat” computations whose answers seem to appear from an alternate dimension.

If you know anything about encryption, you probably also realize that quantum computers are the secret KEY to unlocking all encrypted files. once quantum computers go into widespread use by the NSA, the CIA, Google, etc., there will be no more secrets kept from the government. All your files — even encrypted files — will be easily opened and read.