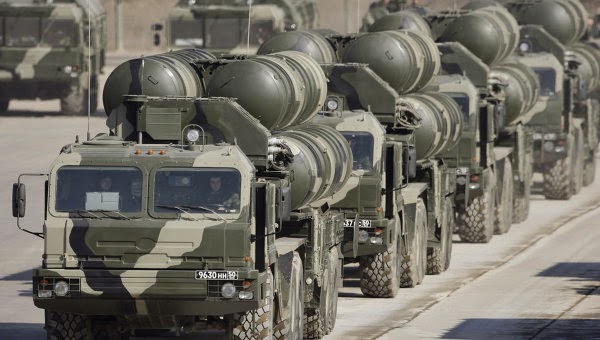 The popular narrative surrounding the conflict between the West and Iran has always been one of a dangerous rogue state bent on obtaining nuclear weapons before triggering a nuclear-fueled Armageddon aimed at Israel. Underneath this elementary propaganda, lies a more complex truth underpinning a proxy conflict between East and West.

Just as had been the case during World War I and II, the strategic position, resources, and population of Iran constitute a necessary prerequisite to first overcome before containing and eventually overrunning the political order in Moscow. This time around, in addition to Moscow, the Western axis also seeks to eventually encircle and overrun Beijing as well.

Unlike during the World Wars, vast wars of attrition and mechanized invasions are not a possibility today. Instead, a concerted campaign of proxy wars, covert political subversion, sanctions, and other non-military instruments of power are being employed in what is for all intents and purposes a global conflict.

Increasingly defining the fronts of this conflict, in addition to political and economic alliances, is the presence of “missile walls,” or national missile defense programs being erected by both East and West.
Where these missile walls end, is generally where the West’s overt military aggression begins. In Libya, Syria, Iraq, and Yemen, where such missiles systems are absent, the West has or is bombing these nations with absolute impunity. The United Nations, in theory, should have prevented armed aggression against Libya, Syria, Iraq, and Yemen, but has categorically failed to do so. In nations possessing formidable missile defenses, direct Western aggression has become more or less unthinkable, leaving less efficient proxy wars and political subversion to do the job.

The presence of missile defense systems capable of checking Western military aggression may be what is needed to establish both a balance of power globally, and the global stability the UN has promised but has so far failed to deliver.