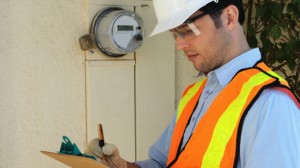 (NaturalNews) Energy companies are billing them as the “green” solution to traditional meters. But are so-called “smart” meters really all that smart? And, more importantly, are they really as safe as we’re all being told they are?

Some 65 million American homes already have them, and more are being converted all the time, even against the will of some homeowners. And yet many doctors agree that smart meters are a potential health threat due to constant releases of radiation.

Smart meters operate via a two-way communications system in which energy usage is tabulated wirelessly inside the meter and transmitted to the energy company that owns it. No longer do energy trucks have to go around town once a month to check individual meters; everything is done automatically and wirelessly. Pretty simple, right?

It might be simple in functionality, but not so much in technicality. The constant pulses of energy as smart meters communicate both with electrical appliances inside the home, and with the energy company, are a radioactive threat that’s about 100 times greater than that of a mobile phone, science has found.

This is a tremendous radioactive load when you consider that smart meters operate 24 hours a day, seven days a week. The fact that they never turn off means they’re a lot like talking on a cell phone constantly, without end. But, it gets even worse.

Independent studies have revealed that both the strength and frequency of smart meter pulses make them exceptionally threatening. The Center for Electrosmog Prevention, a California nonprofit group, estimates that one smart meter emits the radiation equivalent of about 160 mobile phones. Other studies have concluded that smart meters emit not 100 but 1,000 times the radioactive load of a typical cell phone.

Daniel Hirsch, a radiation expert and instructor at the University of California, San Diego (UCSD), published a paper refuting the findings of the California Council on Science and Technology (CCST), which concluded based on industry data that smart meters are safer than mobile phones. Hirsh countered that: