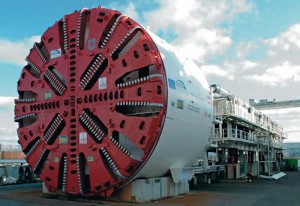 By The Voice of Reason

The evidence that we the people, are at risk of being placed under martial law, and losing all of our rights as guaranteed by the Constitution is overwhelming. What’s even more overwhelming is how many people have no earthly idea how much danger they’re even in. Sadly, most Americans will tell you that worrying about many of things I discuss in this post are just “crazy conspiracy talk.”  You know what’s crazy talk?” Americans that let other people do their thinking FOR them. The information that follows is in your hands now. What you do with it moving forward makes all the difference in the world. A lot of it might sound crazy at first, but know this: What’s crazy is that the truth has been kept from you for SO long that you don’t even recognize it when your hear it anymore. THAT is crazy talk!

THIS IS THE PART WHERE I TELL YOU…

I’M ONLY RESPONSIBLE FOR WHAT I SAY, NOT WHAT YOU UNDERSTAND…

Before we start talking about top secret hidden underground military bases, let’s set the groundwork first. What do we know for sure? We KNOW that in a somewhat alarmist manner, earlier last week Obama gave a speech telling all Americans to become preppers (on at least some level). Pundits from all backgrounds suggested various“possible” emergencies that were most likely to causes a person to need an immediate stash of food, or an appropriately packed buggout bag included readily available.

Some of those possible emergencies include: A west coast earthquake, a New Madrid earthquake, a tsunami on either the east or west coasts, a meteor impact, Islamic terror, war, an EMP BURST that takes down the power grid, cyberwarfare, ECONOMIC COLLAPSE, or CIVIL UNREST RESULTING IN THE IMPOSITION MARTIAL LAW. If only that were all. We’re also supposed to be on alert for the possibility of a major volcanic eruption, or the possibility of a “natural” OR “ENGINEERED” pandemic.