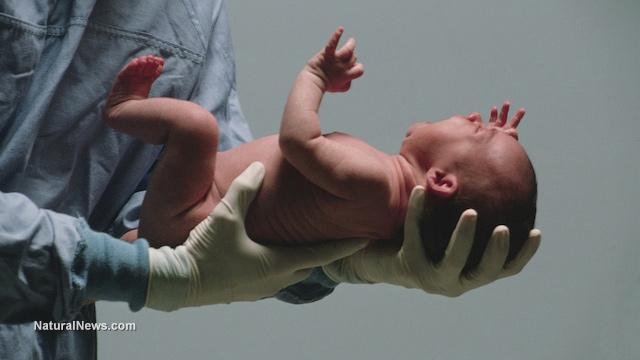 Have We Really Fallen to This Level of INHUMANITY!

(NaturalNews) The depopulation agenda is getting help from a burgeoning branch of volunteers who promote even post-birth abortions. This idea has spread from pro-abortion activists of years prior to an increasing number of college students surveyed at four different universities.

The increased embracing of infanticide is at least partly attributable to colleges giving assignments based on 1970s philosopher Peter Singer, who claimed, “human babies are not born self-aware, or capable of grasping that they exist over time. They are not persons… [therefore] the life of a newborn is of less value than the life of a pig, a dog, or a chimpanzee.”

A pro-life, anti-abortion group called Created Equal came upon these ideas and attitudes among more students than ever before while visiting the campuses of Purdue, University of Minnesota, University of Ohio and University of Central Florida.

Although infanticide up to four years old was the common limit expressed by many, some considered infanticide allowances to include five-year-old kids.

And even more extreme version of depopulation

In that speech, he claimed that the most efficient way to reduce the population should be spraying airborne Ebola viruses over populated areas.

Pianka believes that 90 percent of the world’s population needs to be eliminated to save the planet and that humans are no more important than a pile of bacteria. He openly lamented with his presentation that war and famine wasn’t working, and AIDS was too slow. But airborne Ebola works at killing its host in days.

Of course, he didn’t mention that Ebola delivers an agonizing, painful death and that days are likely to add up to weeks. After Pianka’s speech, he was warmly applauded by the audience. Some even cheered, and many flooded the lectern area to praise him.

A few hours later the same day, a large banquet was held by the Texas Academy of Science in honor of Eric Pianka’s award. Upon arriving, Eric received a standing ovation.

Too many scientists think their cleverness supersedes anything mystical or spiritual about human life and earthly existence. They think their intelligence is superior to any master universal intelligence.

Indeed, as mad scientist manipulators of life, they have put the planet in peril more than too many humans on board. Their vast chemical explorations alone have invaded earthly matters to the tipping point of biological extinction.

Did too many humans demand nuclear energy? No, a few scientists and industrialists did, without any regard to how it could adversely affect the ecology of the planet or its animal and human inhabitants. How about oil and its grip on energy and petrochemical plastics?

Did the masses rise up to demand more petrochemical pollution? Did small rural farmers in third-world villages want to give up farming? No, many were pushed off their lands by corporate mega-farming interests with centralized distribution that further diminished their lives.

All of these events are from the collusion of big monopolistic business and soulless scientists who think that they are the high priests of life serving their greedy corporate masters.

If wisdom prevailed over ego-driven mad science, there would be long-range planning that decentralizes farming and food distribution. There would be more safe energy sources and less untested chemicals running rampant.

If the multitudes are so ignorant and foolish, they need wiser people in charge and better access to real information instead of a system that is disconnected from nature and insists on dumbing down the population.

Instead, the immoral elites want the world as their personal playground, unimpeded by too many “useless eaters.”