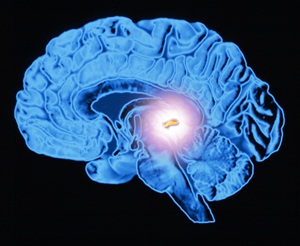 As we age the pineal gland begins to calcify and become sluggish. This rate varies considerably by person and lifestyle, but consuming excessive amounts of fluoride is considered to be a risk factor. This is partly because fluoride collects in extremely high amounts in the pineal gland causing faster calcification. Fluoride can also decrease melatonin production, two things we certainly don’t want to happen. Research has shown that this calcification of the pineal gland shows a strong correlation in the developing of Alzheimer’s disease (Mercola 2011). A poor diet laden with preservatives, chemicals, and pesticides are a major risk factor for calcification and premature aging as well.

What can we do to fight the aging process and calcification of the pineal gland?

Eating a healthy, preservative/chemical free diet that is rich in healthy fats, should be a no-brainer (pun intended), but what else can we do?