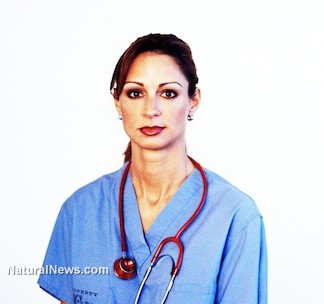 (NaturalNews) A Michigan woman who says she was wrongfully dismissed from nursing school at Baker College in Flint for raising concerns about the institution’s unethical — and for all intents and purposes, illegal — vaccine bullying curriculum has filed a lawsuit in circuit court against the private establishment.

Nichole Rolfe, who was getting close to graduating from her program before being ousted, claims that she became a target of several of her teachers after questioning the methods by which they were instructing her and her fellow students to coerce parents into vaccinating their children, in violation of the American Nursing Association’s Code of Ethics.

According to Rolfe’s official legal filing, which is available here,[PDF] problems arose when some of her instructors began dispensing unethical advice on how to deceive parents into getting their children vaccinated.

Rolfe says that she and her classmates were advised to push the Tdap vaccine for pertussis (whooping cough) on parents walking into the labor and delivery floor, even though the vaccine admittedly doesn’t confer antibodies for up to six months, and possibly not at all. When she questioned the rationale behind this, she was immediately silenced.

“I asked how they could promote this when they were giving these families a false sense of security,” recalled Rolfe on a posting to the VacTruth Facebook page back in 2013, in which she petitioned for help from the health freedom community. “The instructor ended the conversation.”