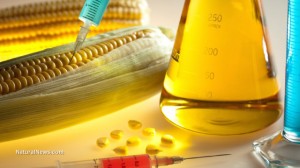 (NaturalNews) The National Academy of Sciences is being exposed as being of a singular mindset when it comes to the spread of genetically modified organisms (GMOs), which is to say that the institution is wholeheartedly in favor of them, according to dozens of concerned scientists, who say that they are a menace to health and agriculture.

As reported by Independent Science News, the letter was sent recently to the academy’s executive officer, with signatories attempting to draw attention to what they see as a “troubling trend” at the revered institution, when it comes to its work on agricultural biotechnology.

“We write today to ask the National Academy of Sciences to take action to address problems with the balance, perspective and independence of the National Research Council’s (NRC) Committee on Future Biotechnology Products and Opportunities to Enhance Capabilities of the Biotechnology Regulatory System,” stated the letter addressed to Bruce B. Darling.

“The one-sidedness of the committee creates enormous potential to introduce bias into the NRC’s very important work on advising federal regulators at the United States Department of Agriculture, the Environmental Protection Agency and the Food and Drug Administration on how to update agricultural biotechnology regulations,” the letter continued.

Specifically, signatories noted that the current committee, as it is comprised, lacks a “diversity of expert perspectives” that are inherent in the mainstream scientific discourse. The letter states that there is much disagreement over how to best regulate and implement biotechnology products like GMOs.

Absent from the NRC are the opinions and research-based viewpoints of scientists who advocate for precaution, as well as other members of “civil society” who have knowledge of the “social dimensions” of regulations governing biogtechnology.

And, though within the NRC there is a focus group – the Committee on Future Biotechnology Products and Opportunities to Enhance Capabilities of the Biotechnology Regulatory System – that concentrates on agricultural biotechnology, it does not have as members farmers or representatives from farmers’ groups, because none were invited to participate on the committee, the letter said, even though a number of those experts were nominated to become panel members.

Overall, the letter points to a lack of balance, independence and perspective among the experts who were selected to serve on the committee to carry out a taxpayer-funded National Academy study. The experts selected are expected to provide recommendations and advise the federal government on how to shape and reform rules concerning the use of GMOs, and that includes new biotechnology products that are being developed through the use of synthetic biology and other techniques like DNA “editing.”

How food may be produced in the future is likely to be influenced or even decided by the academy’s findings. But, at least six of the 13 panel members selected have financial conflicts of interest with the biotechnology industry, and four of those have not been publicly disclosed, Independent Science News reported.