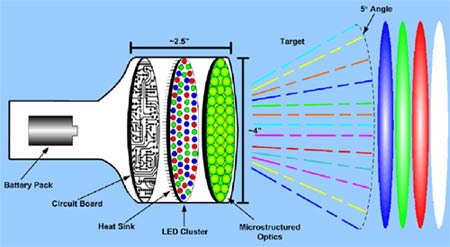 American officials have revealed more information about a mysterious sonic device that is believed to have caused numerous diplomats to suffer hearing loss and other serious ailments. Last month, the Associated Press reported that the first hearing-loss symptoms were reported by personnel at the US embassy in Havana in the fall of 2016. The news agency said that at least five embassy personnel reported suffering from sudden and unexplained loss of hearing. The symptoms were so serious that caused some American diplomats “to cancel their tours early and return to the United States”, according to the Associated Press.

Now new information has been disclosed by the United States Department of State. It suggests that, although diplomats began reporting hearing-loss symptoms in as early as fall 2016, the incidents continued until mid-August of this year. In a report published on Saturday, the BBC said that the bizarre incidents had not ended “several months ago” as was initially believed. Instead, they continued even after the last week of May, when the US deported two Cuban diplomats from Washington, DC. The move was in response to what Washington believes was a deliberate attempt to sabotage its diplomatic mission in Havana. The American embassy in the Cuban capital reopened in 2015, 54 years after it was closed down following a series of diplomatic rifts between Cuba and the US during the height of the Cold War.

Additionally, the Department of State said on Friday that the number of American diplomats and other US embassy personnel who have reported sonic-related symptoms has increased to 19. State Department spokeswoman Heather Nauert told reporters in Washington that doctors were still evaluating the health of those serving at the US embassy in Havana. She added that new cases of people suffering from sonic-related medical symptoms could not be ruled out. A report from the American Foreign Service Association, which represents members of the United States Foreign Service, said on Friday that its representatives had spoken to 10 people who had received various treatments for ailments related to the alleged sonic attacks in Cuba. It said that many had suffered “permanent hearing loss”, while others were diagnosed with mild brain injuries.

According to media reports, Washington has concluded that the American diplomats were exposed to “an advanced device that was deployed either inside or outside their residences”. But the Cuban government denied that it had anything to do with the American diplomats’ symptoms, and some believe that the alleged “covert sonic device” may have been deployed by an intelligence service of a third country —possibly Russia— without the knowledge of Cuban authorities.