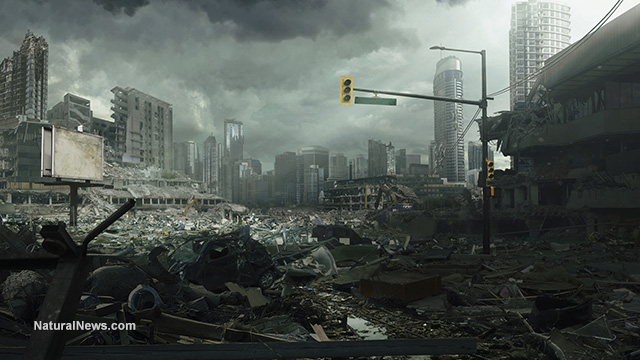 A special investigative report by SkyWatchTV uncovers a heinous conspiracy by those entrusted with protecting our freedom and liberty to literally reengineer the human race using many of the same methods commonly used to reengineer food and plant life in the lab. And it’s all happening under the radar with little to no fanfare in the mainstream media.

A short preview of this report on YouTube exposes what the show’s hosts refer to as the coming “genetic Armageddon” – the complete undoing of creation as we know it for the purpose of enriching powerful and greedy corporations. And in the process, humanity will be reconstructed as well, presumably to be more compliant and less resistant to tyranny.

“I’m not sure that the world is ready to receive this,” says investigative reporter Tom Horn. “We’re talking about everything from the food that we eat, to animals, to ultimately humans – literally what we have been doing with genetically modified crops, what we have and are doing with transgenically made animals, we fully intend to do with the human race.”

The goal all along, the report suggests, has not been to enhance humanity through biotechnology, but to replace it. And U.S. Representative Bill Foster (D-Ill.), the last scientist in Congress, warned in a testimony before Congress and in a piece for The Hill that the U.S. government has already instructed top-level researchers to begin laying the groundwork for what will eventually become a genetically engineered human race to replace the one we currently have.

“Right now, the top science departments in our government that dole out taxpayer funded revenue have already been ordered to literally create the guidelines that are going to be used for genetically modifying the human race,” Horn adds in a trailer for the series.

The series also captures some of the horrors of the processed food industry, particularly pet food products sold conventionally at grocery and pet stores nationwide. An undercover investigation by Horn and his colleagues revealed that many dried pet foods contain the remnants of diseased animals, not to mention the remains of euthanized pets.

Some shelters literally “recycle” euthanized animals by selling them to pet food manufacturers, according to the report. And millions of Americans are feeding their pets this noxious waste day in and day out, unaware of the true contents of their favorite brands of kibble and canned mush.

It’s all part of the plan, of course, to recreate humanity and creation into the image of the “beast” rather than God. And if non-engineered humanity doesn’t stand up now to oppose this apocalyptic freak show, it will soon be too late and we’ll all be extinct – save an act of God that somehow puts a stop to the madness.

“If Christians are to help shape contemporary culture—particularly in a setting in which I fear the posthuman message will prove attractive, if not seductive—then they must offer an alternative and compelling vision; a counter theological discourse so to speak,” explains Horn in a pre-release to the documentary.