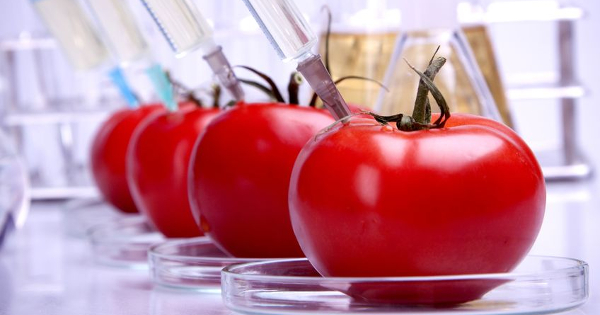 This article was originally published by The National Health Federation (NHF).

At the recent Codex meeting in Berlin, there was an attempt to define genetically engineered (GE) food ingredients as ‘biofortified’ and therefore mislead consumers. This contravened the original Codex mandate for defining biofortification. That definition is based on improving the nutritional quality of food crops through conventional plant breeding (not genetic engineering) with the aim of making the nutrients bioavailable after digestion. The attempt was thwarted thanks to various interventions, not least by the National Health Federation (NHF), a prominent health-freedom international non-governmental organization and the only health-freedom INGO represented at Codex. But the battle is far from over.

The Codex Alimentarius Commission’s Codex Committee on Nutrition and Foods for Special Dietary Uses (CCNFSDU) convened in Berlin during early December and drafts provisions on nutritional aspects for all foods. It also develops international guidelines and standards for foods for special dietary uses that will be used to facilitate standardized world trade.

Based upon previous meetings, the initial intention of the Committee was to craft a definition for biofortification that could then be used uniformly around the World. Biofortification originally referred to increasing certain vitamin and mineral content of basic food crops by way of cross-breeding, not genetic engineering, for example by increasing the vitamin or iron content of sweet potatoes so that malnourished populations would receive better nutrition.

However, according to president of the NHF, Scott Tips, Monsanto wants to redefine the definition to include GE ‘biofortified’ foods and it has seemingly influenced Codex delegates in that direction. Tips says, “I am sure that Monsanto would be thrilled to be able to market its synthetic products under a name that began with the word ‘bio’.”

This year’s CCNFSDU meeting witnessed a lively debate about biofortification. At the 2016 CCNFSDU meeting, chairwoman Pia Noble (married to a former Bayer executive) had opined that the definition should be as broad as possible and that recombinant technology should be included. By the 2017 meeting, the proposed definition had morphed to include GE foods. The EU has raised a valid objection that “biofortification” would cause confusion in many European countries due to the widespread use of the word “bio” being synonymous with “organic.” Countries within the EU have been very vocal and support this position, arguing that the definition needs to be restrictive, not broad.

Including GE foods within any definition of biofortification risks consumer confusion as to whether they are purchasing organic products or something else entirely. “Monsanto seeks to cash in on the organic market with the loaded word ‘bio’,” argues Scott Tips.

At the Codex meeting in Berlin, Tips addressed the 300 delegates in the room. “Although NHF was an early supporter of biofortification, we have since come to see that the concept is in the process of being hijacked and converted from something good into something bad,” explained Tips.

He added that if Codex is to allow any method of production and any source to be part of the biofortification definition, it would be engaging in marketing deception of the worst sort.