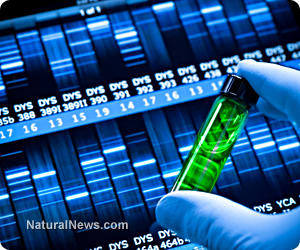 (NaturalNews) If you haven’t yet realized the truth about how vaccines contain hidden cancer viruses, prepare yourself to be shocked by the admission you’re about to hear. Decades ago, one of the most prominent vaccine scientists in the history of the vaccine industry — a Merck scientist — made a recording where he openly admitted that vaccines given to Americans were contaminated with leukemia and cancer viruses.

In hearing this admission, his colleagues (who are also recorded here) break into laughter and seem to think it’s hilarious. They then suggest that because these vaccines are first tested in Russia, their side effects will help the U.S. win the Olympics because the Russian athletes will all be “loaded down with tumors.”

For the record, this is the same vaccine that was given to tens of millions of Americans and promoted by the government. To this day, people still carry these hidden cancer viruses which have proven to be a boon to the cancer industry.

Listen to this astonishing admission at:
http://naturalnews.tv/v.asp?v=13EAAF22CDA367…