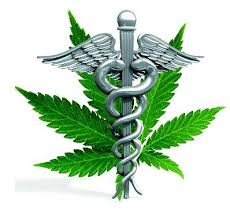 And here we have it folks, Peter Dunne openly admitting the reason why medicinal cannabis hasn’t yet been legalised in New Zealand is because “It’s essentially a commercial decision by the pharmaceutical companies.”

“They don’t see the likely market for products as being big enough in New Zealand, so why conduct trials here?”

Let’s stop and process that for a second. Peter Dunne is saying that we are waiting on big pharmaceuticals, which make billions in profit every year selling drugs easily replaced by medicinal cannabis, to decide whether or not we should change the legislation? Anyone with half a brain understands that big pharmaceuticals aren’t the slightest bit interested in the benefits of medicinal cannabis, as by promoting it they would be cutting into their own revenue streams.

Thousands around the country already use cannabis illegally to treat illnesses such as seizures, chronic pain, migraines, menstrual cramps, nausea, insomnia and as a means to increase appetite; yet Dunne believes if it’s not pharmaceutical approved, it’s not medicine.

Furthermore, he states “we talk about medicinal cannabis. Actually, there’s no such thing. There’s medicinal cannabis products.” Essentially he’s suggesting medicinal cannabis in its natural raw form isn’t a medicine, yet as soon as pharmaceutical companies bottle it into a $1,000 a month spray called Sativex, it is considered a safe medicine. What about the thousands all around the world who are smoking or ingesting the raw medicinal cannabis, as shown in the above highly rated documentary WEED – A CNN Special Report by Dr. Sanjay Gupta?

He repeatedly states there is very little specific scientific and clinical evidence about the efficacy of medicinal cannabis, which is unfounded considering we and many others have directly emailed Dunne on numerous occasions with a list of peer reviewed studies showing the scientific evidence that cannabis not only works, but is more effective than some conventional medicines.

We don’t need to wait for pharmaceutical trials to tell us what many researchers and scientists have already discovered; cannabis is medicine.

A recent Herald DigiPoll found that 70% of Kiwis want cannabis legalised medicinally, while 13% want it legalised for all purposes – leaving an overwhelming majority of 83% in favour of changing our out-dated cannabis legislation.

Those like Peter Dunne who anti-medicinal cannabis also tend to believe that once we legalise medicinal cannabis, a large number of teenagers will start smoking it. However, a study by Colombia University researchers published in The Lancet Psychiatry found “the risk of marijuana use in states before passing medical marijuana laws did not differ significantly from the risk after medical marijuana laws were passed.” This is the sort of information our ministers should be researching if they are going to form conclusions based on fact rather than misinformation.

It’s frustrating that Peter Dunne, who holds a masters degree in political science and no background in health or medicine, is left with the decision whether or not thousands of sick Kiwis around New Zealand will have access to a medicine which is well documented to help many ailments.

This single-handedly shows how flawed our political system is; unqualified politicians in charge of portfolios they know very little about, making uninformed decisions which negatively affects the whole country.

What New Zealand needs is a health minister willing to look at the peer reviewed science relating to health, rather than relying on pharmaceutical corporations which profit from the status quo to give unbiased information. If Peter Dunne won’t change the legislation until pharmaceuticals can profit from it, then it’s high time we the people share the well established research, demand legislative change and remain vocal until we have it.