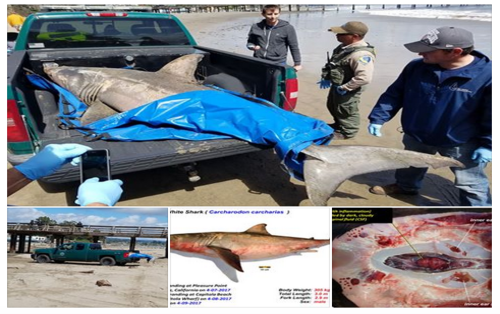 The mass die-off happening in the Pacific Ocean has reached the highest levels of the food chain with a massive shark die-off now ongoing off of the West Coast. Reporting in their story that over a hundred dead sharks have been discovered in the waters surrounding northern California this year alone, we also continue to get the same ‘answers‘  why this is happening, proving many mainstream scientists have no idea about ‘cause and effect‘.

Claiming “it’s just not clear why all the marine life is washing up like this” with reports coming in every day, the mass deaths throughout the Pacific Ocean and along the West coast that have been painstakingly documented by the End Times Watch Blog for 6 years now since Fukushima should prove otherwise. While many other so-called ‘experts’ over the past several years have also claimed they have no idea why such mass deaths are happening in our Pacific Ocean and along the West Coast, the stories from California read like a Hollywood disaster movie unfolding before our eyes. 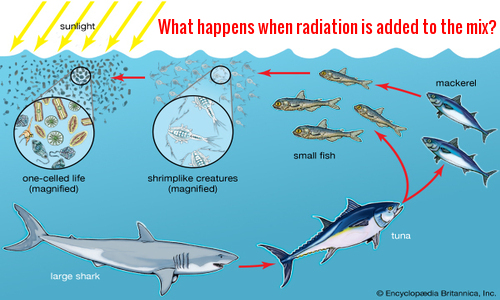 And while many will claim what’s happening to sea creatures off of the coast of California and throughout the Pacific Ocean will never effect them, the fact that photographs such as the one seen at the top of this story have been repeated time and again over the past 6+ years should prove to us otherwise.

With ‘mass death events’ first striking the smaller ocean creatures and one-celled life, then bigger ones such as tuna and moving on up the food chain until it has reached the greatest predator in the ocean, that alone should tell us something horrifying is ongoing whether or not the experts can agree upon the reason we’ve been witnessing ‘mass death events’ for 6 years now and running.