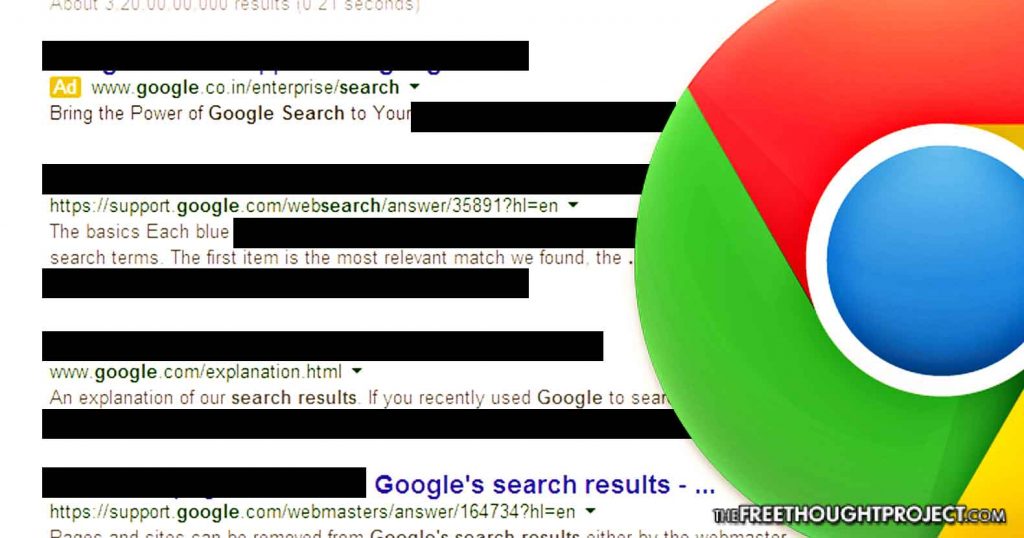 Leaked documents now reveal a plan by search engine behemoth Google to censor alternative media through the blatant suppression of search results — and, for all intents and purposes, the censoring appears part of the political establishment’s plan to quash dissent.

Documents obtained by InfoWars’ Mike Cernovich indeed show a Google contractor instructing staff to rate prominent but controversial website, InfoWars, as “low-to-medium” in reliability, with articles frequently having “been debunked.”

Although Cernovich and other InfoWars staff have indeed been known to occasionally embellish the facts, Business Insider reports,

A Google representative appeared to confirm the validity of Cernovich’s report, linking Business Insider to his Medium post.

In examining how the staffers working as website ‘raters’ should evaluate a ‘rather poor site,’ the contractor pointed to InfoWars, advising raters to consider the quality of the information and its reputation.