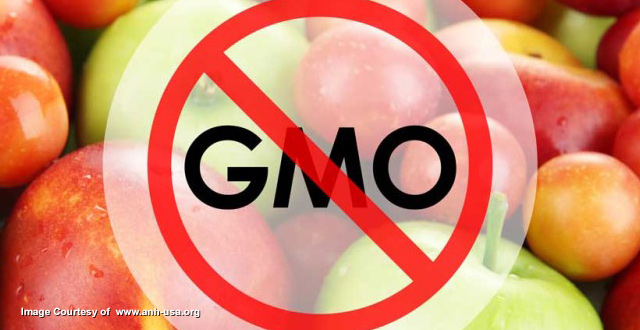 European nations are leading the world in rejecting genetically modified organisms in food and crops, with two more countries recently joining the list: Italy and Austria.

As reported by Nation of Change, Italian ministries have opted to utilize the newly created European Union rules that permit member countries to opt out of growing GM crops. Austrian officials joined in as well, with both nations making the decision to stop growing eight varieties of GM maize, which essentially amounted to a complete ban on GM crops.

The EU’s opt-out regulations were implemented earlier this year. They allow member states to decide on their own if they want to continue using GM crops or ban them altogether.

As reported by Sustainable Pulse, a number of other countries in the EU have also opted out of GM crops:

Wales: “These new rules proposed by the European Commission provide Wales with the necessary tools to maintain our cautionary approach by allowing us to control the future cultivation of GM crops in Wales,” said Welsh Deputy Minister for Farming and Food, Rebecca Evans. “It will allow us to protect the significant investment we have made in our organic sector and safeguard the agricultural land in Wales that is managed under voluntary agri-environment schemes.”

She added: “Farming and food processing businesses remain the driving force of our rural economy. Our emphasis is on competing on quality, strong branding and adding value through local processing. We, therefore, need to preserve consumer confidence and maintain our focus on a clean, green, natural environment. ”

“Now we no longer have to explain the scientific aspects and we can already relate to social issues,” Polish Agriculture Minister Marek Sawicki said at the time of the country’s ban.

Germany: German government officials announced in late September that the country would no longer permit the cultivation of GM crops, as stated by German Agriculture Minister Christian Schmidt.

Slovenia: Slovenian Agriculture Minister Dejan Zidan said in announcing the country’s ban that “the government adopted the decision for a request for the exclusion of the entire geographical territory of Slovenia for GM maize to the EU, including the already registered variety MON 810 and seven other varieties which are in the process of registration with the European Commission. This allows me to formally send the request as the Ministry of Agriculture in accordance with the law for the exclusion of Slovenia with the regards to the cultivation of GM maize.”

Serbia: State Secretary in the Serbian Ministry of Agriculture and Environmental Protection Danilo Golubovic recently announced the country’s GMO ban. In making the announcement, Golubovic said the decision was based on a desire to improve public health and safety.

Bulgaria: This government has decided to burnish its clean and green image by banning GM crops. As noted by Sustainable Pulse’s director, Henry Rowlands, “Bulgaria is home to a wide variety of unique flora and fauna and is also the base of many ancient civilizations, it is with this background that Bulgarians know what is at risk when it comes to using an untested and unnecessary technology.”